John Dillon posted on the Medieval Religion discussion group the following piece about one of the Holy Abbots of Cluny - a monastic tradition which has always held a great interest for me, coming as I do from a town which once had a Cluniac priory:

Maiolus (in modern French: Maïeul, Mayeul) was the fourth abbot of Cluny.  Previously archdeacon of Mâcon, from 954 he was the coadjutor of Cluny's by then blind abbot Aymard, whom he succeeded in perhaps 963.  Both the abbey and its larger community flourished under his rule.  Maiolus traveled widely, reforming Benedictine houses in today's France, Germany, and Italy.  In 972 he was seized by Muslims from Africa who had settled in Provence, was wounded while defending one of his traveling companions, and was briefly held until he was ransomed at great expense (a letter from Maiolus appealing to Cluny for his ransom and describing his captors survives).  Maiolus died on this day in 994 at Cluny's priory in Souvigny (Allier) and was laid to rest in its church, now the église prieurale Saint-Pierre-et-Saint-Paul.  His cult was immediate.  Maiolus' tomb at Souvigny quickly became a pilgrimage destination.  One of its earliest recorded visitors is St. Fulcramnus / Fulcrannus (d. 1006).  The first of Maiolus' numerous Vitae (BHL 5177-5185) was written by Cluniac monks by the end of the tenth century and went through several revisions.  Another was written in 1033 by Maiolus' immediate successor, St. Odilo of Cluny (d. 1049).


Some period-pertinent images of Maiolus of Cluny (or at least [item a] reasonably supposed to be of him):

a) as probably depicted in one of a pair of twelfth-century frescoes of sainted abbots in the chapelle des Moines at Berzé-la-Ville (Saône-et-Loire), a former dependency of Cluny: 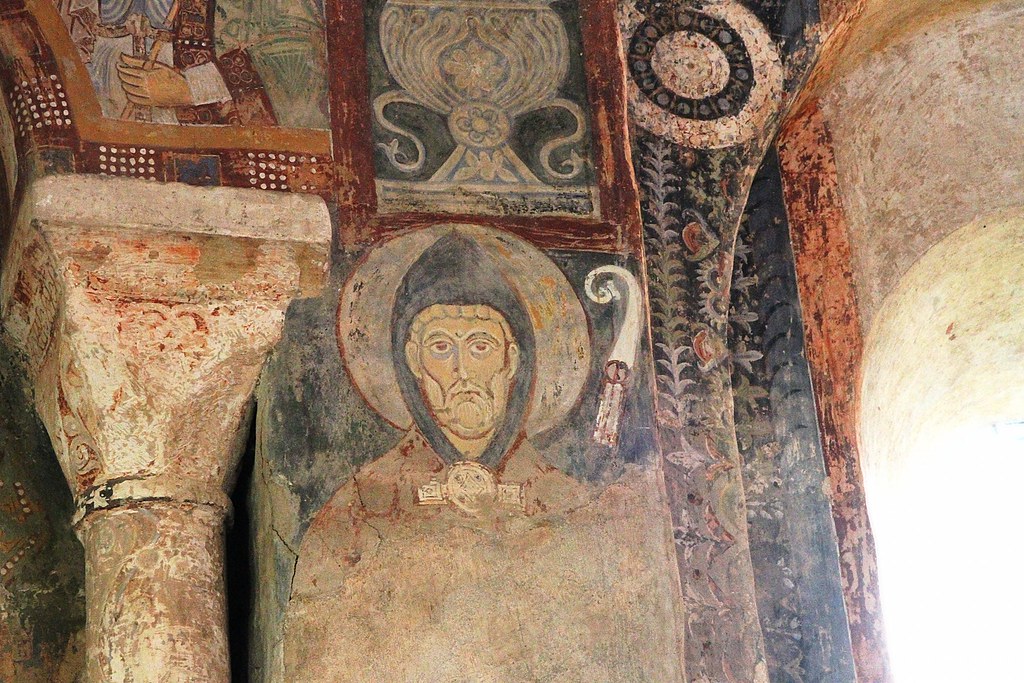 
The corresponding fresco is thought probably to depict St. Odilo: 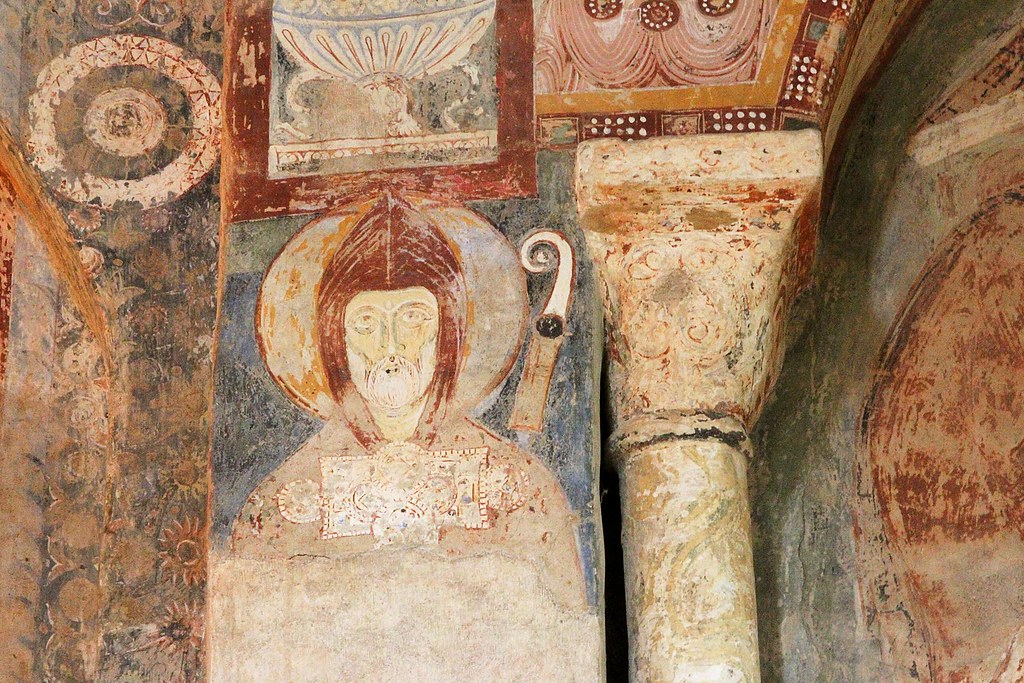 b) as portrayed in one of two thirteenth-century gisants on his and St. Odilo's double tomb in the église prieurale Saint-Pierre-et-Saint-Paul in Souvigny, shattered during the Revolution and recently reconstructed from surviving fragments (one doesn't know which figure represented Maiolus): That photo seems to be from the early 2000s.  As the reconstruction progressed the figures were filled in.  Some more recent views:

c) as depicted in a mid-fifteenth-century painting (c.1440-1450) on a door of the monumental cabinet for his relics and those of St. Odilo in the église prieurale Saint-Pierre-et-Saint-Paul in Souvigny: Distance view (Maiolus at left, Odilo at right):
http://www.veveri.it/img/maiolo/1.jpg
The reliquary as a whole:
http://www.ville-souvigny.com/Tourisme/Eglises_Retable_Armoire_Anglais.html

e) as portrayed in a later fifteenth-century limestone reliquary bust (c. 1480; from the former priory of Souvigny dedicated to him in Veurdre [Allier]) in the Musée Anne de Beaujeu in Moulins:

It is good to see the saint's tomb being reconstructed.