Agincourt at the College of Arms


The latest Newsletter from the College of Arms includes this piece about their manuscripts relating to Agincourt: 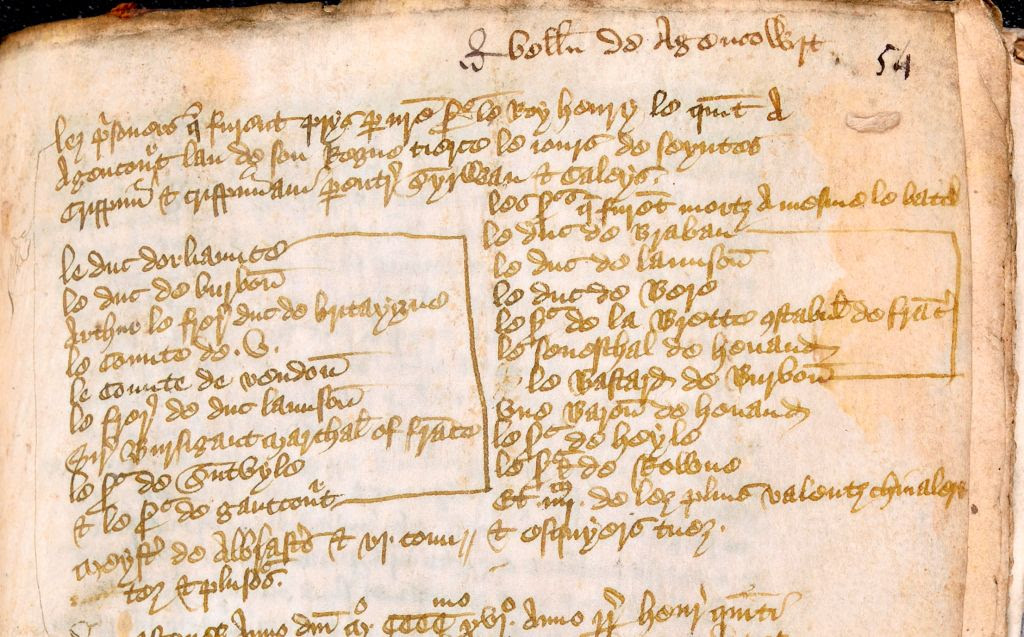 Arundel Ms 29 is a small manuscript volume with miscellaneous contents dating from the fifteenth century. It was part of the library of manuscripts collected by Thomas Howard, 14th Earl of Arundel (died 1646), part of which came to the College of Arms later in the seventeenth century.
This page, headed 'bell'm de Agencowrt', shows a list of noblemen taken prisoner by Henry V at the Battle of Agincourt on 25 October 1415. It is one of the relatively few sources for casualties on the French side at that conflict, the 600th anniversary of which is commemorated this year.
An online exhibition of documents from the archives of the College of Arms relating to Agincourt can be seen here.