If my previous post indicated something of the surviving glass images of St George - and as the national patron saint he would have been a very popular subject in the later middle ages - this post is to point to two sizeable paintigs which survive - with some restoration - in my home county of Yorkshire. As a way of depicting St George they were no doubt again two amongst many.

Both are is very intersting churches in small, historic towns in the North Riding.

At St Gregory's in Bedale is this fine painting on the wall of the north aisle. Somewhat unusually St George is depicted left handed. I wonder if the cartoon, if that was how the painting was prepared, had been reversed for some reason.


The second example is perhaps better known. It lies to the east, in SS Peter and Paul pickering, whic is well known for its mural paintings. Again it is the size of the painting which suggests the prominanc eof devotion to the sain in later medieval practice. 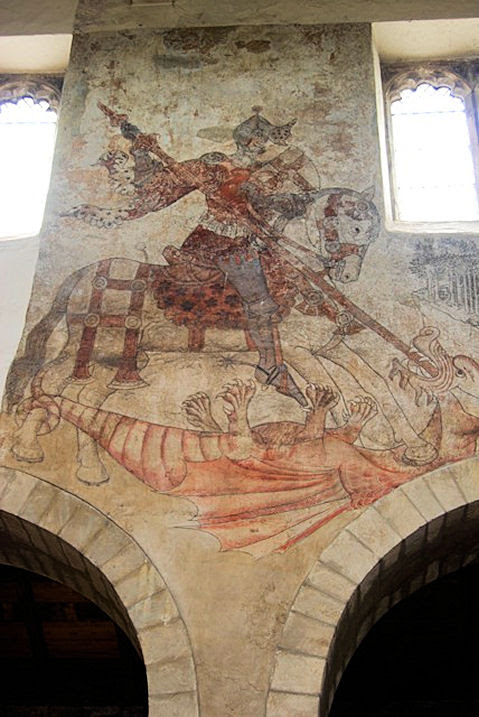