I recently read a study of Newman by Msgr Roderick Strange, a former Catholic Chaplain to the University of Oxford and now Rector of the Beda in Rome. Entitled John Henry Newman:A Mind Alive it was published by Darton Longman and Todd in 2008. 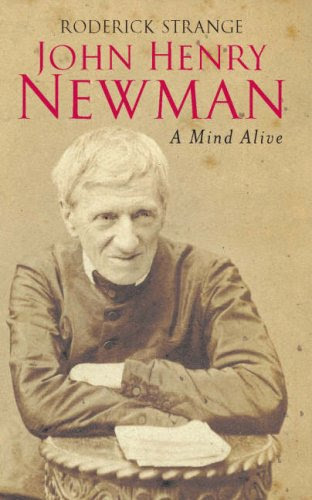 The book originated in Msgr Strange's interest in, indeed enthusiasm for Newman's work and is based on various articles he has published over the years. For the book he has not just republished them but edited and rewritten to produce a connected account of the Cardinal's thought through his long and varied life.


What results is an extremely useful introduction to the life and ideas of Bl. John Henry, and an account of many facets of his thought and character. It would be very useful for anyone wanting a guide to Newman's life and career, and one that explains points sometimes taken for granted by authors of more substantial studies. In so doing it is also useful for anyone with an existing knowledge of Newman as a succinct series of reflections against which to text one's understanding of the various themes explored.

It can in many ways be no more tham an introduction, but it is more than that term might imply - it provides an excellent series of keys to the often elusive and complex nature of this fascinating man.