At New Year I finished reading the late Frank M Turner's study of Newman John Henry Newman: The Challenge to Evangelical Religion, which is published by Yale UP. As today is the anniversary of Newman's birth in 1801 it seems an appropriate date on which to comment on this biography, which covers the first half of Bl. John Henry's life, down to his reception into the Catholic Church in October 1845. 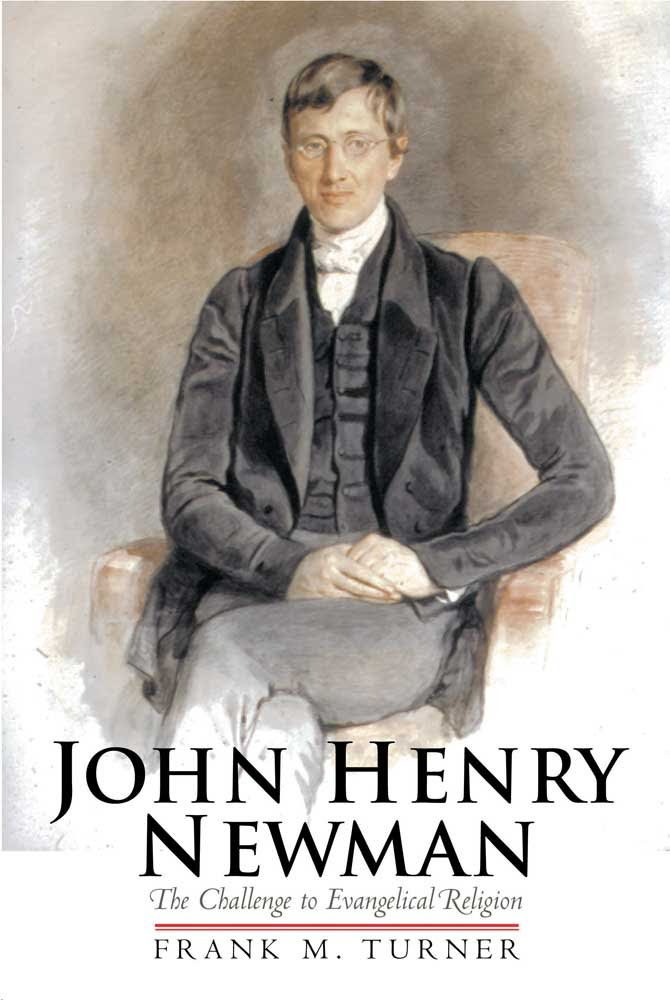 When it was published the book caused something of a stir in the circles of Newman scholarship and amongst devotees of the Cardinal, as it was perceived as something of a hatchet job on Newman. Whether that is true or not is a point I shall return to, but the book does self-consciously aim to reinterpret Newman, and seeks to make the point that previous biographers have been overly influenced by the Apologia Pro Vita Sua, and that that work is not necessarily an entirely trustworthy account of Newman's intentions in the 1830s and 40s.

First of all it must be said that this is a very substantial book, and that Prof. Turner in his research had clearly worked through vast quantities of published works and manuscript material by or about the Tractarians. If for no other reason that make his work a valuable addition to Newman studies.

It is an important contribution in that it provides a useful and detailed, indeed valuable, narrative of events to to 1845. Turner brings out much that is insightful about the actual events, and does show, and not merely argue, that the events of the Tractarian enterprise were not as smooth as the Apologia, written twenty and more years later, might suggest.

It is I think the tone, not the content as such, that is the problem in part with book - there are occasionally snide or overly emphasised comments on the motivation of individuals that grate with this reader at least.

This is linked to the question of who it is that Prof Turner saw himself as addressing as his audience. It is seemingly a wide audience, of both scholars of the nineteenth century and those of the Oxford Movement and of Newman - and the groups are not the same.


Reading the book I soon began to feel that Turner did not especially like Newman, if indeed, at all, still less understand the inner processes whereby he was drawn Romewards other than as a rather curious and idiosyncratic career path.

Despite Turner's meticulous work on his sources I would not agree with all his conclusions, especially in his final chapter.

His approach is in many ways too secular. One example can be seen in his exploration of the question as to why Newman did not found his own sect within or alongside Anglicanism in what Turner sees as the religious Market place of the early nineteenth century. This open space for competing religious groups and leaders is an idea he was keen on, and it is not one lacking in merit. However he does not seem to understand the essential call to unity and truth in Newman's spiritual journey, and surely that was Wiseman's point in 1839 in his Dublin Review article. A small community of faithful adherents at Littlemore was not an end in itself, or the beginning of a new venture external to the existing Church (however understood) but rather a way of keeping friends together and seeing if such a shared life had a viable future when lived on its own terms.

Like Geoffrey Faber in Oxford Apostles Frank Turner is, I think, too inclined to psychoanalyse his subject and to stretching these points beyond reasonable interpretations. As a writer Turner was very good at dotting his i's and crossing his t's, but sometimes one felt he was close to ending up crossing his i's and dotting the t's.

Reading the book, and accepting its contention of Newman's concern to maintain orthodox belief - whatever and however he termed his opponants - l found I had increased respect for Newman's prescience and greatness. That may not have been Frank Turner's intention, but the events in the life of the Church of England since 1845 bear out Newman's concerns as to its direction and, ultimately, its validity. That he sought out Rome, even if with often hesitant and faltering steps, in the 1830s and 40s, was a natural consequence of the pursuit of truth.

Reading the book and following that conversion I found it ressonated with memories of my own path to Rome - I recalled similar crises and turning points, similar points of tranquility, similar questions breaking in upon one (if of very much less consequence). That human sympathy for Newman's development made reading the book an insightful process for me, but I am not sure that Frank Turner would have seen it in such a light.

Thank you for this balanced and insightful review.