The death of King Henry IV The head of the effigy on his tomb in Canterbury Cathedral


The King, who had been in poor or indifferent health for several years collapsed whilst visiting the shrine of St Edward the Confessor at Westminster Abbey and was taken to the Jerusalem Chamber in the Abbot's house. When told that it was so named the King recalled that it had been prophesied that he would die in Jersusalem, which he had hitherto taken as a sign that he would die on Crusade in the Holy Land.

The Jerusalem Chamber as it is today 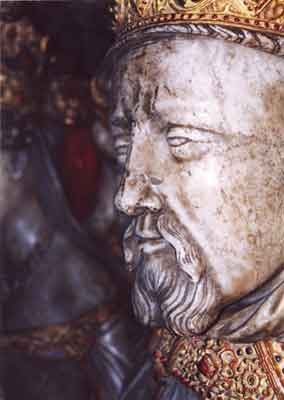 The effigy of King Henry IV in profile- it suggests  a tired, careworn man

The scene of the King's deathbed is the occasion for Shakespeare in King Henry IV Part II Scene IV to examine the tensions between the King and his heir the Prince of Wales, centred on the Prince, believing his father to have died, taking the crown which had been placed by his father's pillow, and leaving, and the King, upon waking, imagining his son as being anxious for his death and the succession. How close this is to the facts of history is not clear. It can be seen as Shakespeare providing a dramatic version of the political tensions which had existed between father and son, and indeed between the Prince and his brother Thomas, Duke of Clarence, in the years since 1411 at least, exacerbated by the King's illness - which is suggested by Dr Peter McNiven in an article in the English Historical Review to have been progressively chronic heart trouble, sapping the energy of a hitherto active and fit man who died at the age of 46.

However the various stories of Prince Henry's youthful indiscretions appear to be perhaps more than just sixteenth century dramatic licence but based on traditions handed down by the family of the Earls of Ormonde, who had been one of his intimates.

What does seem attested is that whatever rebelliousness of spirit, or impatience to take charge of government the Prince had, perhaps understandably, shown was now disciplined into that steeliness of purpose that was to mark him out as King Henry V, and to which Shakespeare indeed alludes in the two plays about the reign of his father. Following the death of the old King his son went that same night to confess to the anchorite attached to the abbey in a cell to the south of the choir and spent the night there in prayer. The remains of the cell were rediscovered after the Second World War. Writers contemporary with the young King bear witness to the disciplined, prayerful and chaste life he lived from his accession onwards. So began the reign of King Henry V. 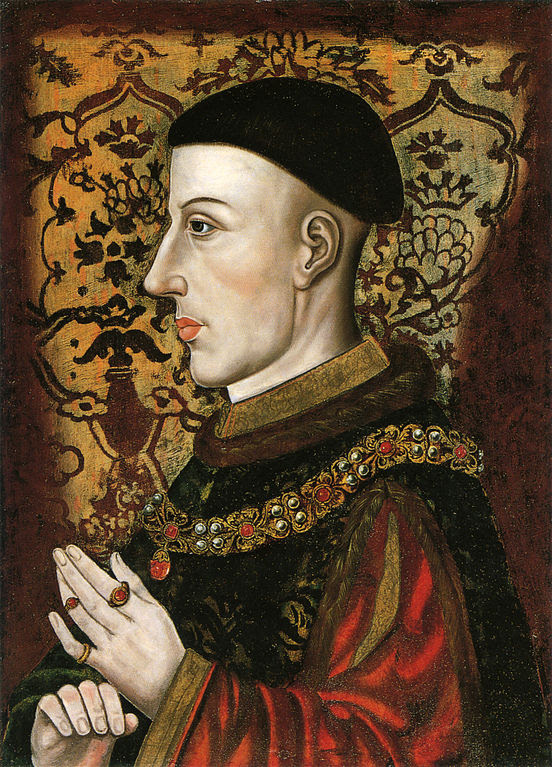