Today being St Patrick's Day, were it not also Passion Sunday, which takes liturgical preference, it seems appropriate to draw attention to the foundation 230 years ago in 1783 by King George III of the  Most Illustrious Order of St Patrick. This followed on from the summoning in 1782 of what became known as Grattan's Parliament, which gave effective self-government for the Kingdom of Ireland. One function of the Order was to be as a patronage resource for the governance of Ireland.

There is an illustrated online account of the Order here. The Queen's website still includes the Order, although there have been no conferments since 1922 other than to her uncles and, lastly, to her father as heir to the throne in 1936 - the relevant piece is here.

My previous posts on this subject from previous years can be read at  The Order of St Patrick and Banners of the Knights of St Patrick.

The Most Illustrious Order of St. Patrick was the Irish equivalent of the English Order of the Garter and the Scottish Order of the Thistle. Knights were required to be "descended of three descents of nobleness" on both paternal and maternal sides. Its purpose was to give social advancement to senior peers and so further secure their loyalty. Admission to the Order was seen as evidence of the high social standing of the recipient and there was considerable competition for the limited places - originally there were fifteen Knights, but the number was later increased to twenty two. 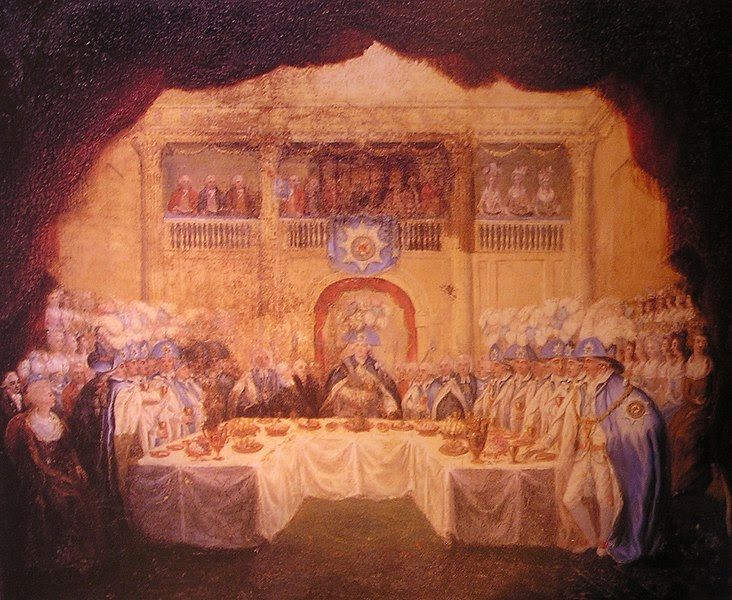 A painting by John Keyse Sherwin of 1785 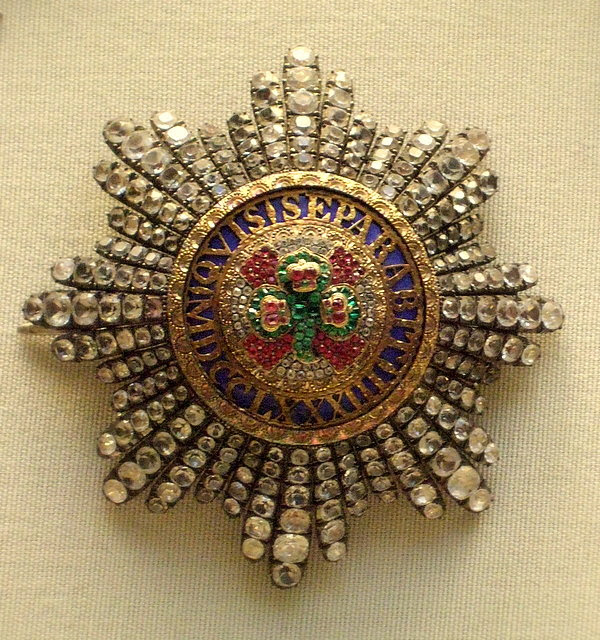 The Star of the Order of St Patrick


Image:Kotomicreations on Flickr
The then rebuilt Great Hall, or Ballroom, of Dublin Castle became known as St. Patrick's Hall when King George III instituted the Order of St. Patrick in 1783.


The impressive investiture ceremony of Knighthood took place in St. Patrick's Hall. As soldiers lined the route, the new knights in their mantles and habits, walked in ceremonial procession to an installation ceremony in St. Patrick's Cathedral. A celebratory banquet took place later in the Castle.


The central panel, of Valdre's ceiling paintings in St. Patrick's Hall, depicts the foundation of the Order with King George III seated on a dais, between the symbolic figures of Great Britain with the then British flag and Ireland with her harp, while Justice and Liberty are in attendance. The stall plates along the walls chronologically record the names and the banners bear the family arms of the Knights of St. Patrick invested after the end of the religious ceremonies in St Patrick's Cathedral consequent upon disestablishment of the Church of Ireland in 1869-71.  The star of the Order is reproduced above the eastern doorway of the Hall. 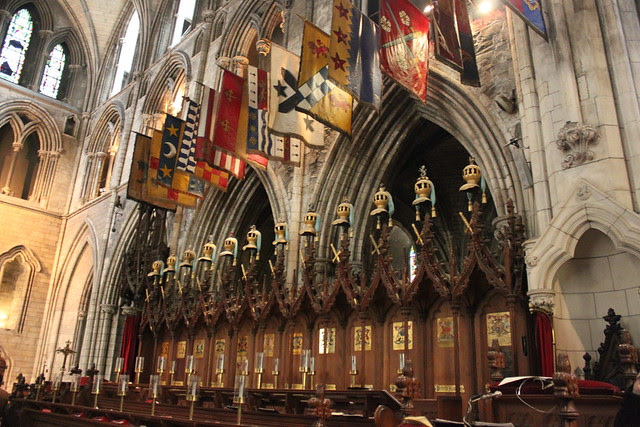 From 1783 until 1871 the Cathedral of St Patrick in Dublin served as the Chapel of the Most Illustrious Order of Saint Patrick. With the disestablishment of the Church of Ireland in 1871 the installation ceremony moved to St. Patrick's Hall in Dublin Castle. The heraldic banners of those knights at the time of the move still hang over the choir stalls to this day.The stall plates of the Knights can also be seen as well as their helmets and swords.
Image: Hazboy on Flickr 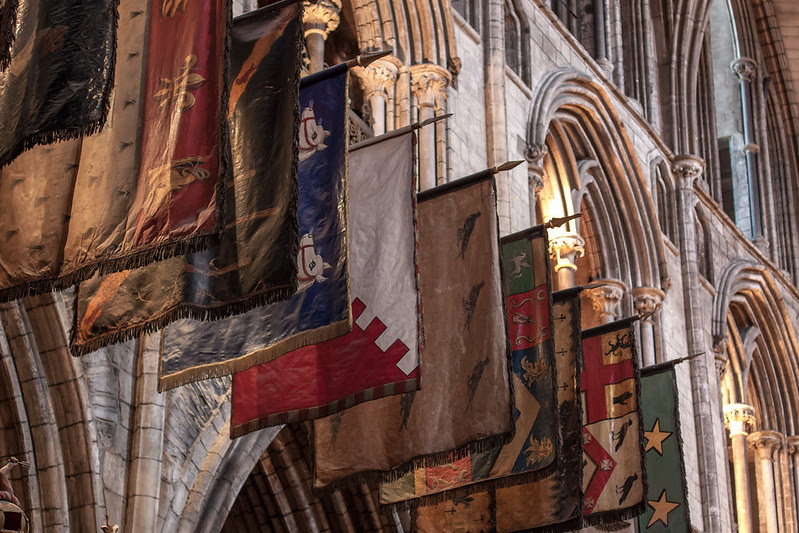 The banners on the north side of the choir