Today is the feast of St Chad, the seventh century bishop first of York and then, after the return of St Wilfrid to that see, he became the founding bishop of Lichfield. There is an account of his life here. Lichfield cathedral became the centre of his cult until the reformation. At that time some of his relics were rescued and in the nineteenth century re-enshrined in St Chad's Catholic cathedral in Birmingham. I have posted about those in previous years in St Chad and his relics and Relics of St Chad.

The old church at Saddleworth circa 1826
A painting by John Holland of the Rushcarting ceremony, now in Saddleworth Museum.

The handsome nineteenth century Catholic church of St Chad in Cheetham Hill in Manchester has become the new home of the Manchester Oratory. 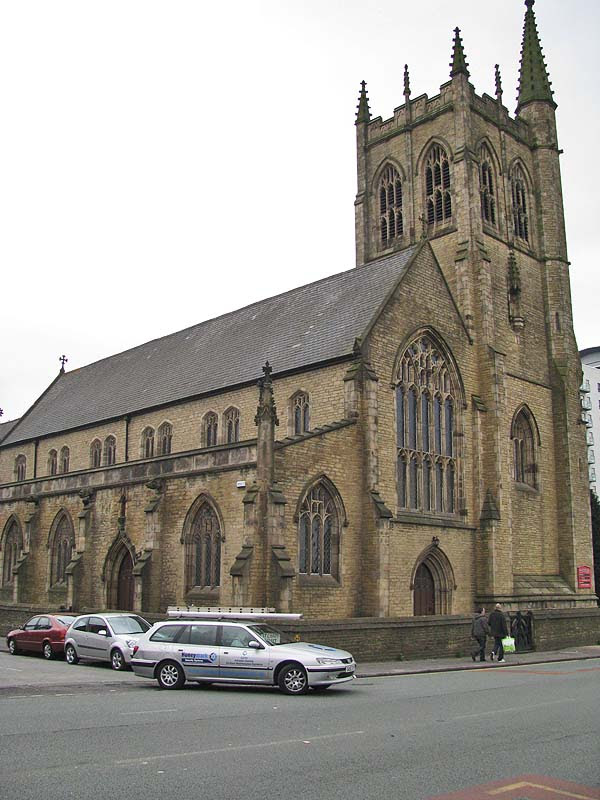 St Chad's was built between 1846 and 1847 and was designed by the architectural practice of Weightman and Hadfield, who designed a number of  Catholic churches including Salford Cathedral. 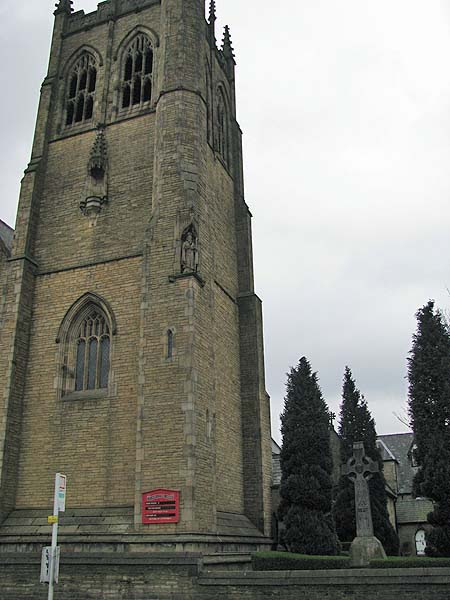 St Chad's is associated with Sister Elizabeth Prout.  As a young woman Elizabeth attended a talk given by Bl. Dominic Barberi, who was a Passionists.  She was so inspired that she converted to Catholicism and then, on the advice of another Passionist, Father Gaudentius Rossi, she joined a Sisterhood in Northampton.  When Rossi was given a parish mission at St. Chad's he persuaded Sister Elizabeth to move there to teach in the parish church.  In the years that followed she worked among the poor of the community and founded a group that was known as the "Institute of the Holy Family" and she became known as Mother Mary Joseph of Jesus.  In 1864 at the age of 43 she died of tuberculosis at the Sutton Convent in Lancashire.  In more recent times she was put forward for canonisation, based on evidence of miraculous cures of people with cancer and severe brain damage.

In recent years the church was in the care of the Premonstratensian canons (Norbertines), but now has been assigned to the Oratorians who used to be at  the church of Holy Name in the city. The website of the new Oratory can be seen here.