Finding God amidst the brambles


In his homily earlier this evening at the Ordinariate group Mass here in Oxford Fr Daniel Lloyd spoke about the links between the Burning Bush, the account of which appears in the Old Testament lection  and other Biblical references. Together they form an interesting series of links, suggesting a consistent typology.

The bush which still grows at St Catherine's Monastery in Sinai and which is traditionally identified as the unconsumed bush which Moses saw - but on that point see the discussion summarised in the online article about the bush which can be seen here - is a specimen of the bramble Rubrus Sanctus which grows in south eastern Europe and the areas to the east. 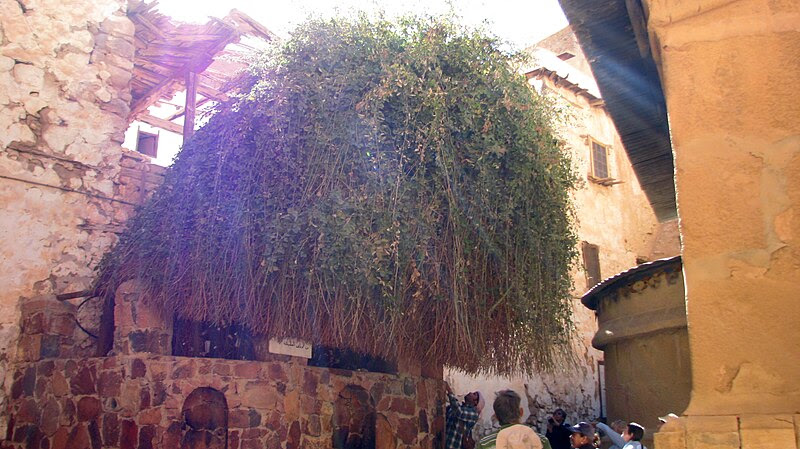 The Burning Bush at St Catherine's Monastery on Mount Sinai

Elsewhere in the Bible Adam and Eve when expelled from paradise are told they will have to get their living fromtilling the soil and clearing the brambles.

Traditionally in exegesis the thicket in which the ram was caught and used as the sacrificial offering by Abraham instead of Isaac was a bramble, and the whole story of the sacrifice of Abraham is rich in typological meaning for the events of the Redemption.

In the New Testament  clearly the Crown of Thorns provides the ultimate link of God speaking through the symbol and actuality of thorns and brambles.