At lunchtime today I went to a lecture at the Convocation House given to the Friends of the Bodleian by Sarah Couch, a landscape conservation architect who is now a visiting lecturer at the University of Bath. Her lecture was based upon her skillful interpretation of a plan of the garden at Deepdene at Dorking which was drawn by John Aubrey in the 1670s and is housed, with many of his manuscripts in the Bodleian. The plan is a unique and detailed record of the garden. 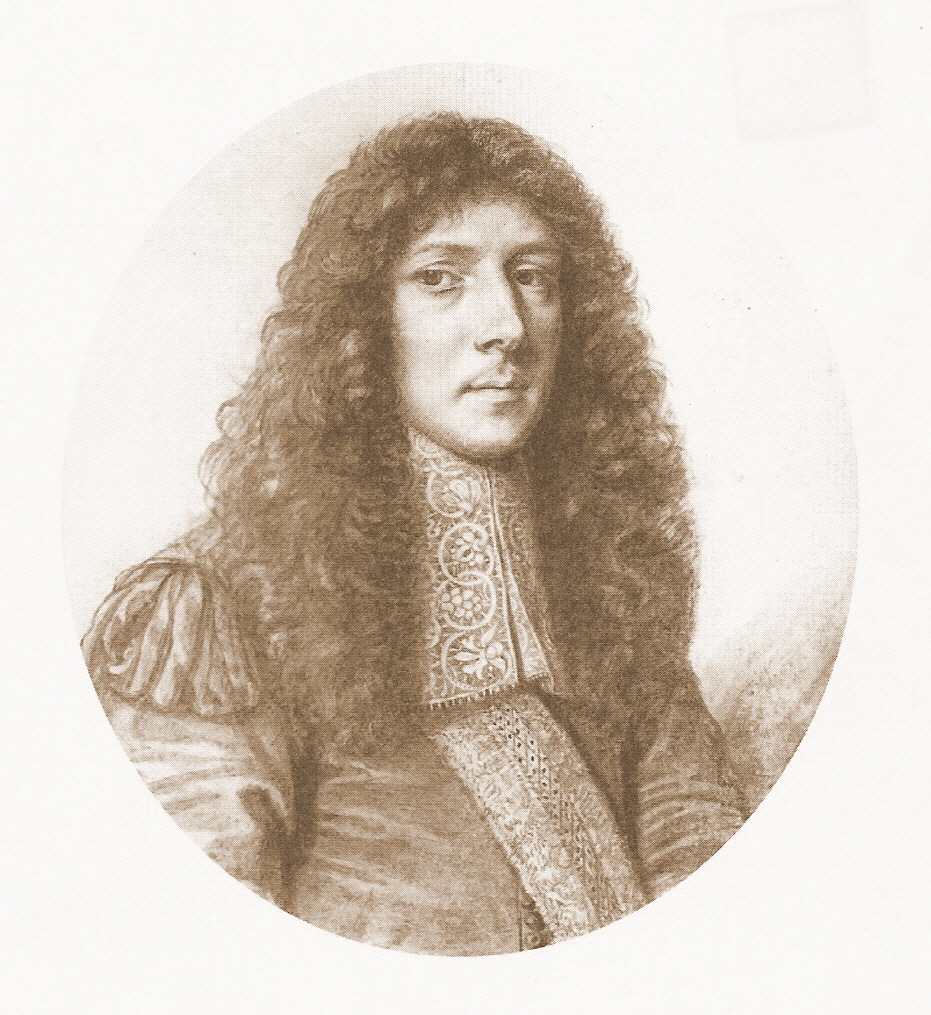 The account of John Aubrey by Adam Fox in the Oxford DNB can be read here and there is another online life here. He is buried in St Mary Magdalen's church in Oxford, where a modern plaque commemorates him.

In several ways Aubrey is the sort of person I would like to be - a committed antiquarian and pioneering conservationist with a nice line in salacious gossip.
The garden at Deepdene lies in a natural dry valley south-east of Dorking and is now heavily overgrown, but thanks to Aubrey's drawing the outlines become clear, and it is hoped that the site can be conserved and made comprehensible.
The importance of the garden is that it was created by Charles Howard of Greystoke, who inherited the estate in 1652. He was the grandson of the great collector Earl of Arundel - the son of St Philip Howard. The Earl was a noted patron of the arts and during the Civil War retreated to the continent and spent his last years in Italy. one of those with him was John Evelyn and it is known that they visited Italian gardens. Evelyn was to design the garden at Wotton nearby in this style and the Howard family created another at Albury. John Aubrey was also interested in this style and noted the Italianate amphitheatre at wilton in his native Wiltshire and designed a small Italian garden at his family home at Easton Piercy in the county. So he belonged to a group who appreciated the Italian style of formal lay-out and planting.
Aubrey's map indicates what was worked out to be the various changes in levels, details which were confirmed with great exactitude by an archaeological survety of the Deepdene. These changes of level and the caves and grottos as well as the style of planting recorded in his notes by Aubrey all indicate the Italian inspiration, and in 1658 seeds were sent to Deepdene from Padua.

Charles Howard's house was modest, but the garden included a laboratory as well as an oratory. To one side was a cherry orchard, and a fruit garden lay on the parterre in front of the house. There was ahuge collection of all the plants native to Surrey. From Aubrey and Defoe it can be learned that peaches, figs, apricots and limes were grown here. As the garden ascended the main path led to the decorative temple at the head of the dene, and it was planned to dig a tunnel through the greensand underneath this to the other side; however the tunnel collapsed during construction. This was all very similar to the garden at Albury. Beyond this highest point the visitor was supposed to enjoy a prospect across southern Surrey and Sussex to the sea, with at their feet a vineyard, which Defoe noted as producing substantial quantities of excellent wine - which may have been stored in the adjacent tunnels and grotto.

To John Aubrey the place was iyllic - he concluded that he did not imagine he would experience anything finer this side of the Kingdom of Heaven.

The garden remained more or less intact through the eighteenth century, and a painting shows the general prospect of it at that time. The estate was sold to Thomas Hope in 1807, and he altered extensively the house built by Charles Howard's descendents and carried out extensive works in the gardens and on the estate, and built a mausoleum, as can be seen here and here. Early in the twentieth century the estate was sold up and after serving as an hotel in the inter-war period the house was used by the army and then by the electricity board until it was demolished in 1967. Nonetheless the garden created by Charles Howard and meticulously decribed by John Aubrey remains relatively intact, sleeping, and awaiting recovery.

Bath University are planning an on-line reconstruction and Mole Valley Council are seeking Heritage Lottery funding to conserve and make accessible part at least of the site with a submission entitled 'Hope springs eternal'.

This was a fascinatng talk with a hopeful (pun not intentionl, but it makes the point) ending - in such a matter of conservation I am sure John Aubrey would approve, even as he, hopefully, enjoys the garden of the Kingdom of Heaven.