St Cedd and his churches


Today is the feast of another great Northumbrian saint, St Cedd, who died in 664, which is celebrated here in the Archdiocese of Birmingham as he was the elder brother of its patron St Chad, and indeed engaged in missionary work within what is now its territory.

Wikipedia has a good account of his life and achievements which can be read here, and as that shows his main areas of influence were in Northumbria and amongst the East Saxons. In each of those areas are remarkable churches associated with him.
At Bradwell on Sea in Essex is the chapel of St Peter on the Wall which he built in the remains of the Roman coastal fort of Othona. There is an illustrated article about the chapel here.

The chapel at Bradwell
An atmospheric photograph indicating its situation.

Image:visitessex.com
Several centuries later but equally remarkable is the church at Lastingham in the North Riding of Yorkshire. This, the site of St Cedd's death and burial, was refounded as a Benedictine monastery in the years after the Norman Conquest by monks who set out from houses in the south to restablish the houses of which they had read in Bede. Lastingham was commenced in 1078, but the community moved to York in 1088, becoming the great abbey of St Mary. They left an unfinished church which was adapted to become the parish church. With its crypt it is a remarkable survival from the age of King William I, Lanfranc, Anselm and Pope Gregory VII. There is a site which has more about the church here.

Lastingham church from the north-east 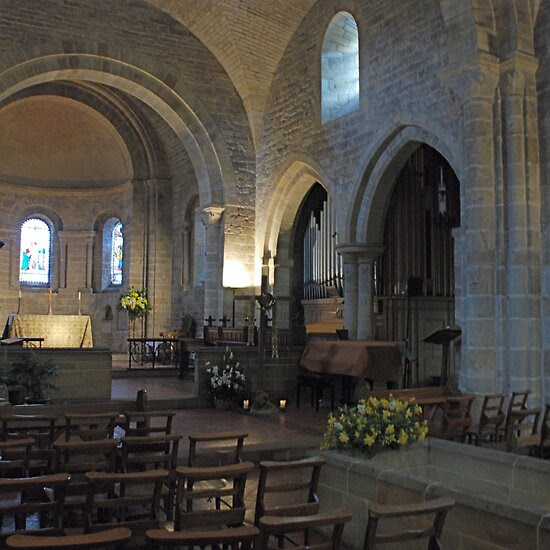 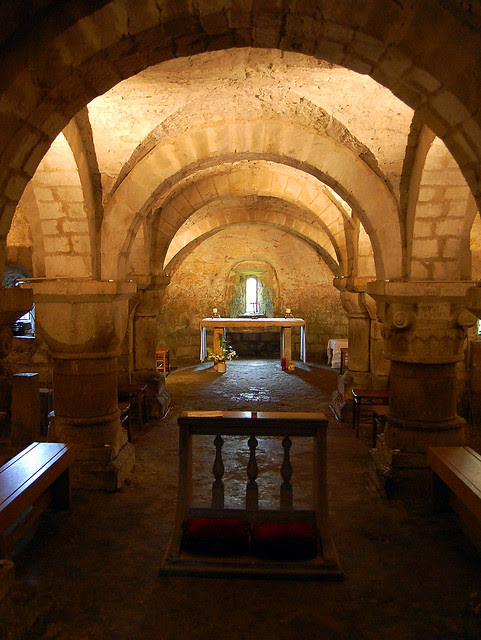 The late-eleventh century crypt at Lastingham

Plan of the church and crpyt

beautiful pictures,it's been a long time since i was in north yorkshire,selby 2000AD i think.