Today is the feast of St Wilfrid, one of the greatest figures in the history of the Anglo-Saxon church. Although originating in Northumbria his career and ministry took him to other parts of England, notably Sussex and the Isle of Wight, and in later years to Mercia, as well as his visits to the continent.

I posted about him last year and that can be read at St Wilfrid. There is an online biography here and the Oxford DNB life by Alan Thacker can be read here.

He is the patron of forty eight ancient churches, mainly in the the north and these are not infrequently associated with the medieval estates of the Archbishops of York - much more than St Paulinus, and with reasonable historical justification, he was seen as the establisher of the See.

Devotion to him has survived especially in Ripon and the public commemoration of his return from exile appears to have survived as a custom that was reinvigorated in the nineteenth and early twentieth centuries as can be read in this piece about this year's celebrations, held on July 31st. However I am rather inclined to think they do such religious pageants with more panache in Italian cities.

In Yorkshire he is also commemorated by two fine churches of a more recent date. St Wilfrid's York was opened in 1864 by Cardinal Wiseman and served until 1878 as the pro-cathedral of the Diocese of Beverley before it was partitioned into two. The church is close to York Minster, and the effect is perhaps not necessarily a happy one, with St Wilfrid's very French style making it all the more conspicuous. I do not know if this was at all intentional. 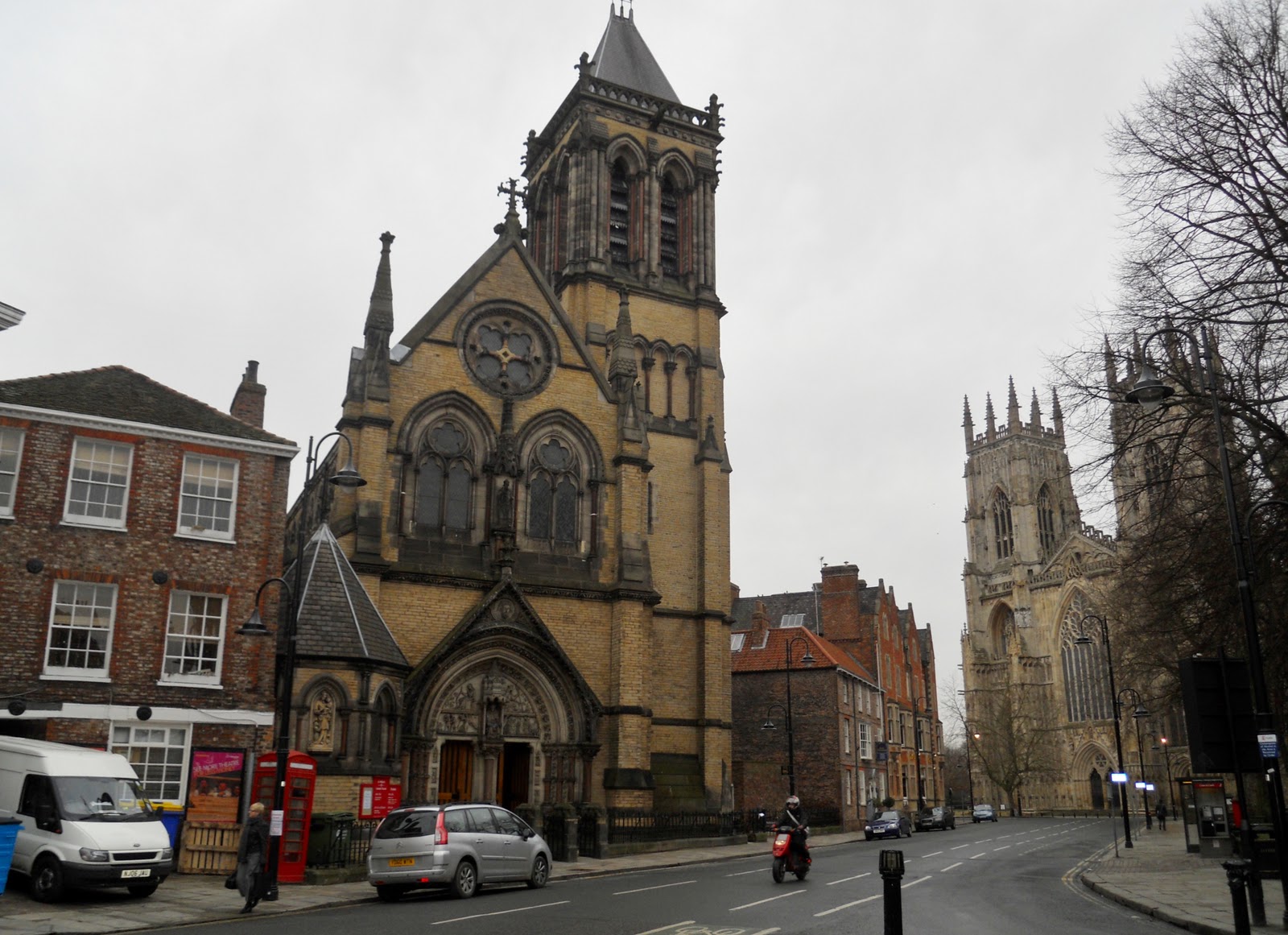 In Harrogate is the great Anglo-Catholic church of St Wilfrid, the masterpiece of the architect Temple Moore. Begun in 1904 it was completed in 1935. Temple Moore worked mainly in the north - almost his only southern building is Pusey House in Oxford.

Fr Faber's devotion to St Wilfrid, and his taking of that name in religion, led to the creation of St Wilfrid's chapel at the London Oratory as well as St Wilfrid's Hall there.

On another tack altogether - what has happened to the Society of St Wilfird and St Hilda ( SWISH for short) that was launched as a reaction to the Ordinariate? I commented last year on the irony of St Wilfrid at least as patron - he was the most ardent Romaniser and loyal subject of the Papacy in his age.

May St Wilfrid continue to pray for his churches and the lands he evangelised and ministered to, and for the unity of the Church.