Out and about in the Oxfordshire countryside


Yesterday after Mass I went off with a friend for a pub lunch in a rural hostelry by the Oxford canal, and we then had a drive around the area I wrote about in April 2010 in The Cherwell valley in spring, with a break for tea, also by the canal, at Lower Heyford.

It is not quite Spring yet - there is not yet that particular warmth in the air that indicates its arrival, but the weather is very mild for the time of year and the snowdrops are in flower, as well as some ealry varieties of cultivated daffodils.

The landscape has its own considerable variety - table land on the road north towards Deddington and Banbury, with very much a sense that this is Mercia and the midlands, but with a landscape more like that of the Cotswolds in the valley of the Cherwell only a short distance to the east.

We drove past Rousham House, built in 1635 by the family which still owns it. There are a set of pictures, taken during the winter, of the house and the very important garden lay out of about 1720 here.

Image: william round on Panoramio

On our way back to Oxford we drove past the good medieval church of St Nicholas at Tackley, the core of which is Anglo-Saxon, and with seventeenth century estate buildings in the village. 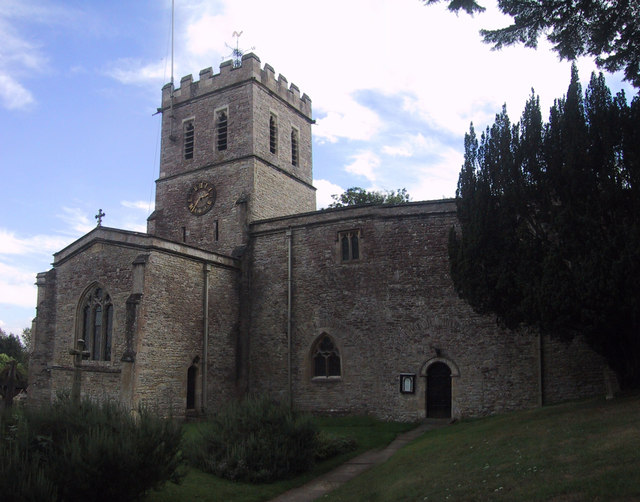 Image: © Copyright Sarah Charlesworth and licensed for reuse under this Creative Commons Licence.
It was a rector of Tackley who built in Oxford a house which, known as Tackley's Inn, was purchased for £20 in 1324 by Adam de Brome when he founded what was to become Oriel College as its first home. The Inn is still owned by the College and part of it still occupied by students.

Very much a landscape that has been lived in, cultivated and nurtured over the centuries. It was one that could be savoured as we drove back to Oxford, with the promise of lengthening days and the spring on the way.