The supra-national background of Prince Philip

I have been struck in this last week by the overwhelmingly warm and generous nature of the tributes to Prince Philip and the reminiscences of him as both public and private figure. In this day and age that is in itself no small recognition of him and his achievements.
One set of comments amongst so many that registered with me was from my friend Fr Hunwicke on his blog. This was in his post Philip Mountbatten Prince of Greece and Denmark and which drew attention to the Prince’s lack of nationality in his upbringing, travelling as someone of no fixed abode on a Danish passport as a descendent of King Christian IX, and until he became legally British in the months before he married. This is indeed an insight into the still transnational world of European royal families in that period.
In Prince Philip’s case it can be seen very clearly in the cost of arms he used from 1947 to 1949. Unlike the one we have become used to this one brought out the complexity of his personal ancestry. Granted before his marriage early in 1947 he replaced them in 1949 probably because of the difficulties in reproducing such a shield in small scale and usually only in outline, the arms are discussed in detail in a post from 2015 by the blog A Royal Heraldry in HRH The Prince Philip, Duke of Edinburgh
The shield was that of the Greek Royal Arms, with an inescutcheon of the Danish coat of King Christian IX, indicating his birth as a Prince of both Greece and Denmark, and with a cantonal shield of the arms of Princess Alice, daughter of Queen Victoria and Grand Duchess of Hesse Darmstadt and by the Rhine, his great grandmother, thus representing both his British and Hesse heritage, which includes that of the Battenburgs-Mountbattens. Therein is expressed the personal history of someone who has been quintessentially British for longer than most us have been alive or can remember, and who could still, truthfully, assert that he was not English .., 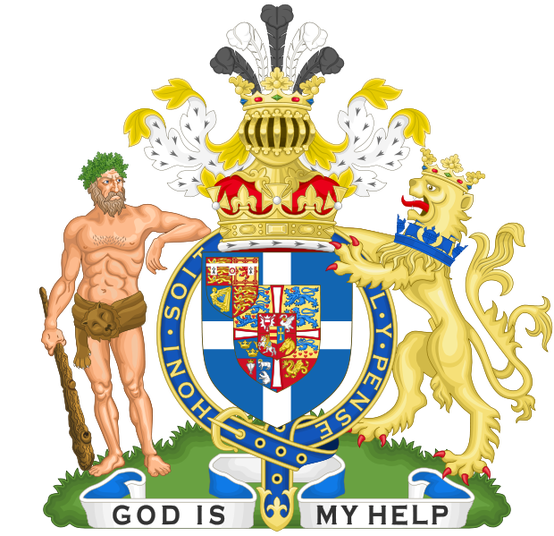 Thank you for this post. I was reminded that Prince Philip’s mother, Princess Alice, was born at Windsor Castle. How fitting that his funeral should be held at the St. George Chapel.