The Death of St Edward the Confessor 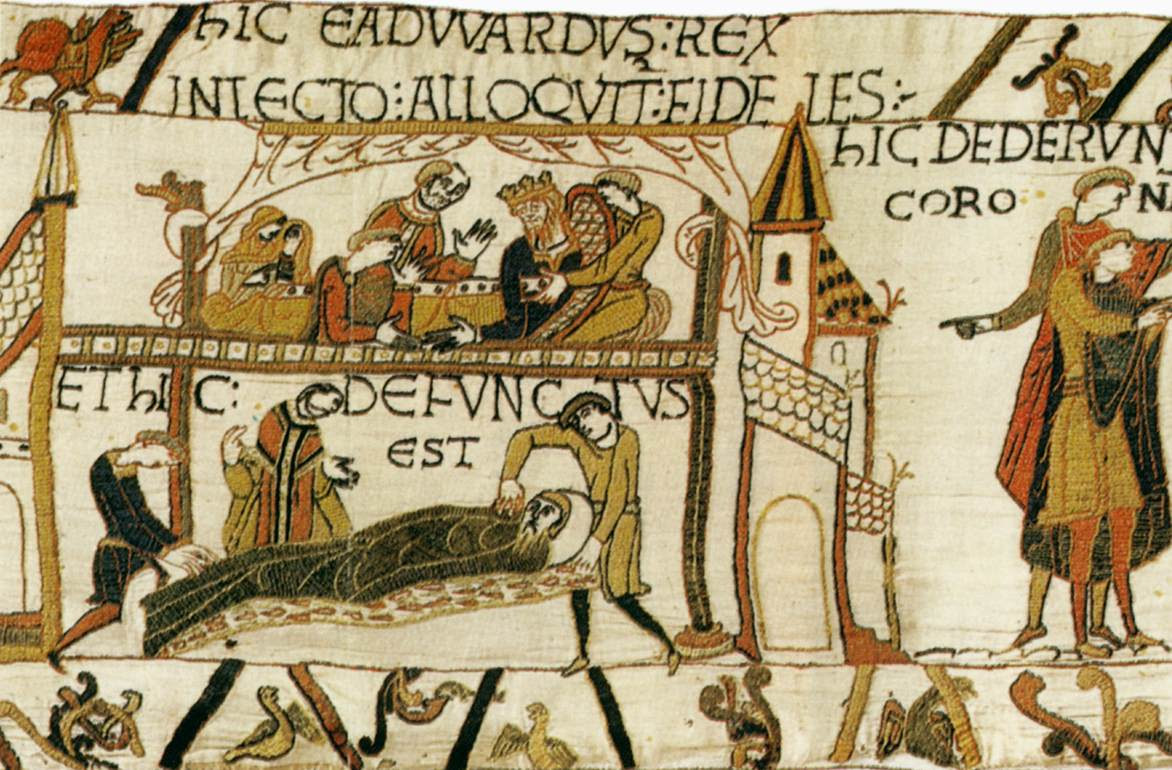 King Edward on his deathbed and being prepared for burial


On his deathbed the King apparently nominated his brother-in-law Harold Godwinson as his heir, thus excluding both his closest blood relative Edgar the Atheling, grandson of his elder half-brother King Edmund II, and also the man who appeared to have been his chosen heir, Duke William II of Normandy. This was to cause problems...

He was buried in his newly consecrated abbey at Westminster

The King's body is carried to Westminster Abbey

In the rebuilt abbey his shrine still survives in its place of honour behind the High Altar, surrounded by the tombs of later monarchs. 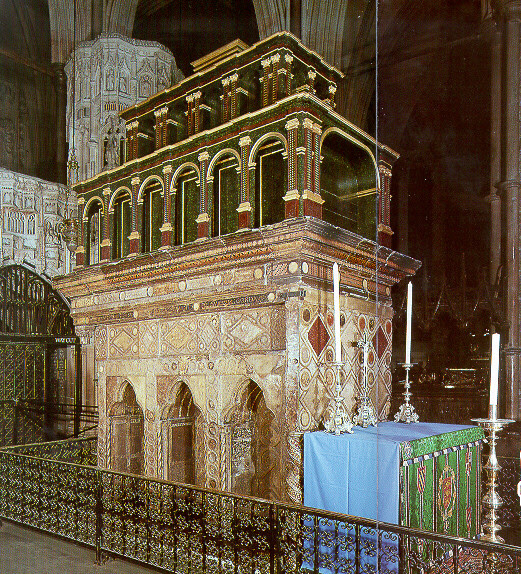 The Shrine of St Edward
The base is from King Henry III's rebuilding in 1269, the upper part a restoration by Queen Mary I


Prof Frank Barlow's biography of the King unpicks the complexities of the reign for modern readers.

Whatever he achieved as King is ultimately less important than the facts that by design or accident he brought about the rule of the Norman Kings and all that was to entail and that he was to be revered  by later monarchs as an ideal exemplar of kingship, one whose laws were seen as fundamental to good government, whose regalia sanctified the wearer, one whose prayers they earnestly solicited.

The cult of St Edward

St Edward, between St Edmund and St John the Baptist, presenting King Richard Ii to the Virgin and Child
The Wilton Diptych c.1397