Today is the 315th anniversary of the coronation of King Frederick I as King in Prussia at Königsberg in 1701. 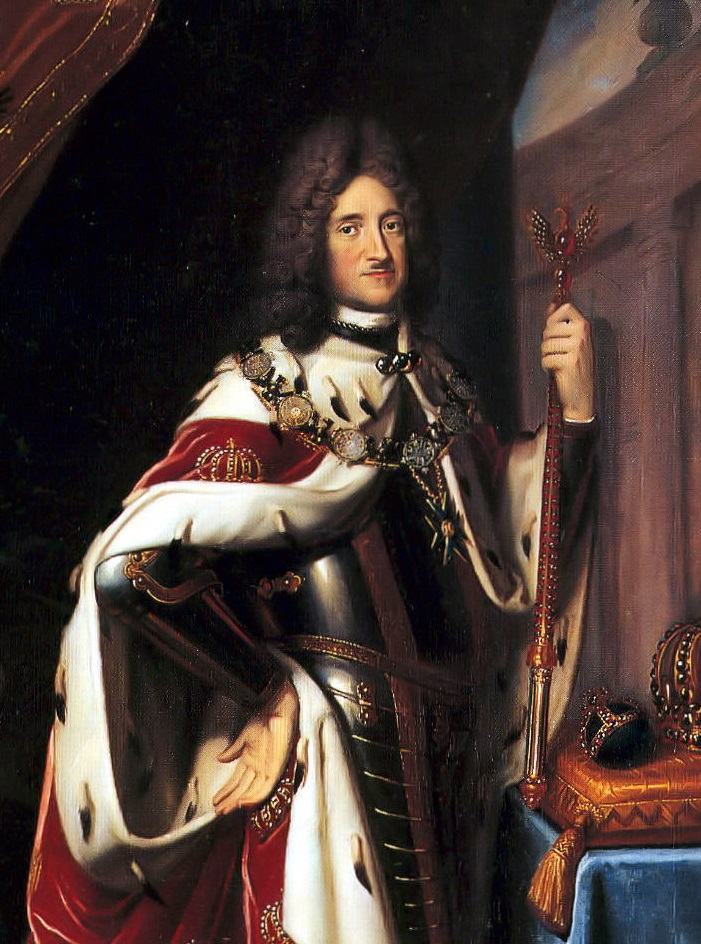 King Frederick I in his Coronation robes and with the Prussian regalia.
The King is wearing the collar of the Order of the Black Eagle

Frederick persuaded the Emperor Leopold I to allow Prussia to be elevated to a kingdom. This agreement was ostensibly given in exchange for an alliance against King Louis XIV in the War of the Spanish Succession. Frederick argued that Prussia had never been part of the Holy Roman Empire, and he ruled over it with full sovereignty. Therefore, he said, there was no legal or political barrier to letting him rule it as a kingdom. Frederick was aided in the negotiations by Charles Ancillon.

Frederick crowned himself and his Queen, Sophie Charlotte of Hanover, on 18 January 1701 in Königsberg. Although he did so with the Emperor's consent, and also with formal acknowledgement from Augustus II the Strong, Elector of Saxony, who held the title of King of Poland, the Polish-Lithuanian Diet (Sejm) raised objections, and viewed the coronation as illegal. In fact, according to the terms of the Treaty of Wehlau and Bromberg, the House of Hohenzollern's sovereignty over the Duchy of Prussia was not absolute but contingent on the continuation of the male line (in the absence of which the duchy would revert to the Polish crown). Therefore, out of deference to the region's historic ties to the Polish crown, Frederick made the symbolic concession of calling himself "King in Prussia" instead of "King of Prussia."


His royal status was, in any case, limited to Prussia and did not reduce the rights of the Emperor in the portions of his domains that were still part of the Holy Roman Empire. In other words, whilst he was King in Prussia, he was still only an Elector under the suzerainty of the Holy Roman Emperor in Brandenburg. Legally, the Hohenzollern state was still a personal union between Brandenburg and Prussia. However, by the time Frederick crowned himself as King, the Emperor's authority over Brandenburg (and the rest of the Holy Roman Empire) was only nominal, and in practice it soon came to be treated as part of the Prussian kingdom rather than as a separate entity. His grandson, Frederick the Great, was the first Prussian monarch to formally style himself "King of Prussia" in 1772.
[Adapted from the Wikipedia article on King Frederick I]

The Crown of King Frederick I

Sir Christopher Clark in his superb The Iron Kingdom describes the ceremonies of the coronation, with its blend of the older ceremony of allegiance whereby the kneeling landholders raised their right arms in a pledge of allegiance - a similar gesture was made at the Dutch enthronement in 2013 - and self -coronation in the so-called "Age of Absolutism". 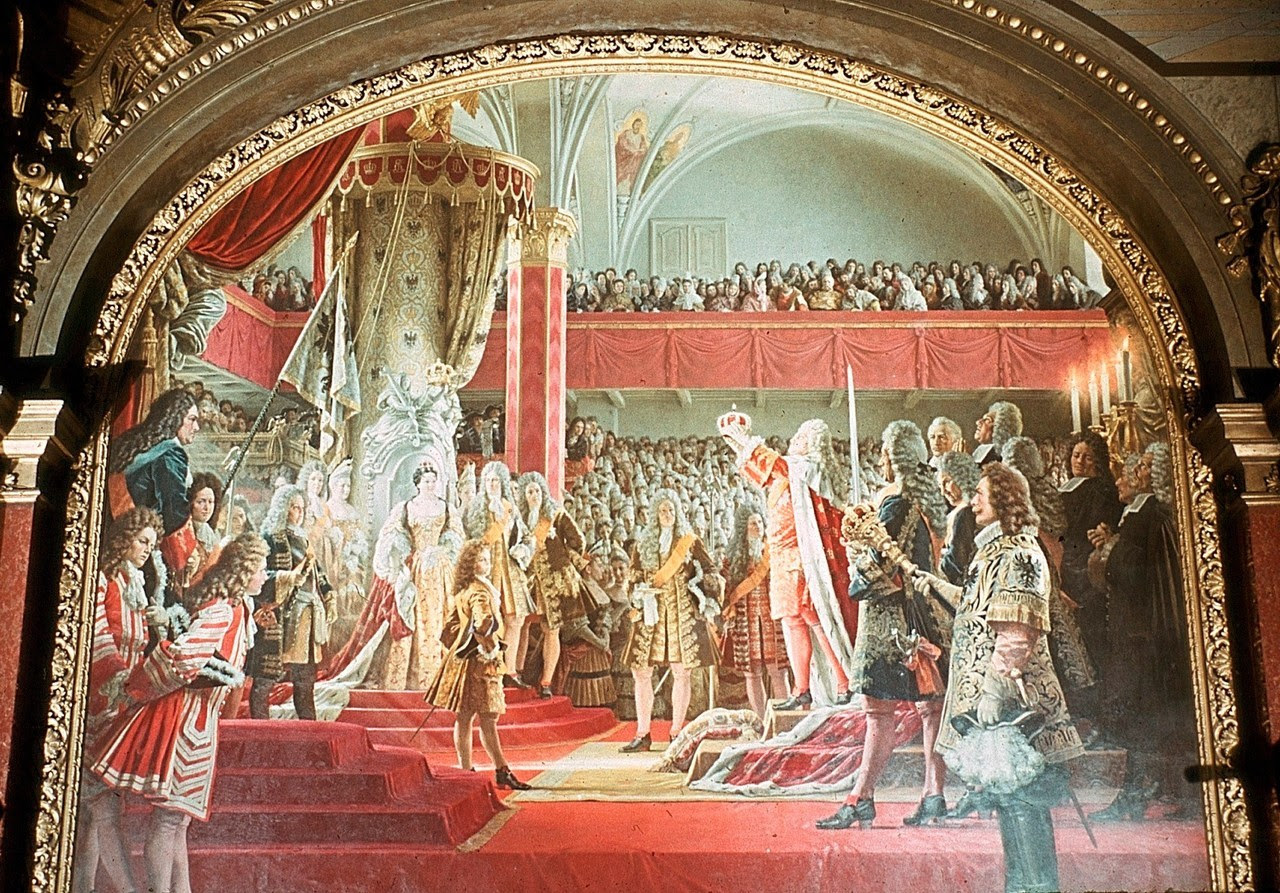 The Coronation of King Frederick I
A now destroyed (?) painting by Adolph von Menzel of 1885