Yesterday I visited for the first time Stonor Park, the home of Lord Camoys and one of the most famous rescusant country houses in England. I went on a visit organised by the Secretary of the Oxford University Heraldry Society and I am very grateful to her and her husband for providing me with transport and the opportunity to visit Stonor.


The journey was delightful with the trees and hedges of south Oxfordshire displaying a wondrous array of foliage, leaves of every shape and shade at their freshest and most varied. Stonor itself is hidden away in a valley in the edge of the Chilterns - off the beaten track even now, let alone in the recusant period. 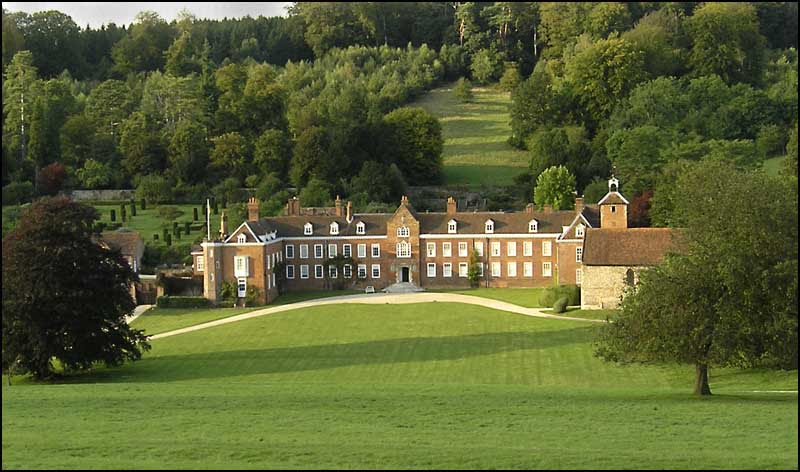 
Given the very serious doubts in the mid 1970s as to the survival of the house and its link with the family, who have lived there since at least 1156, the situation today is very positive. The present Lord and Lady Camoys have not only restored the building and created a garden, but have also redecorated the interior and they have refunished it, adding a fine bequest of furniture from a cousin to the rooms and showing to advantage the fine collection of family portraits.

The Stonor Park website can be seen here, and there are online accounts of the village here, of the house and its history here, and of the Camoys peerage, an early fifteenth century creation for a Sussex family, which passed through co-heiresses until called out of abeyance in 1839, here.

The late thirteenth century century chapel, which incorporates one of the stones of the standing circle which, along with the other glacial erratics around the valley, gave the place its name, has a brick tower built in 1416-17, the earliest datable brick building in the south-east, and the interior is an attractive example of Gothick from the 1790s. Mass has been celebrated there continuously since the chapel was built. 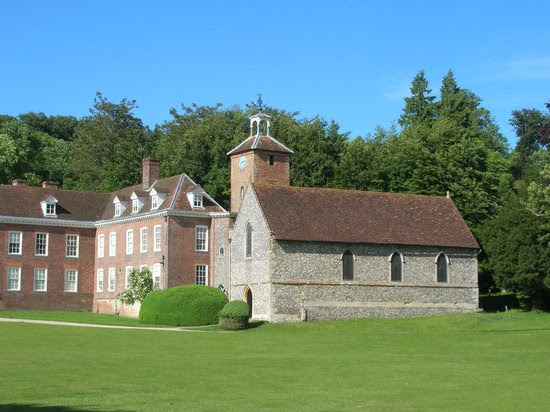 The Chapel of the Holy Trinity

The interior of the Chapel


Stonor is famous as the site of the recusant printing press which in June 1581 produced 400 copies of St Edmund Campion's Decem Rationes, which were left in St Mary's in Oxford as a surprise for those attending a University event that month - a typical example of St Edmund's bravado and verve. The room  whixch he is beleived to have used at Stonor is now furnished with an exhibition about him. 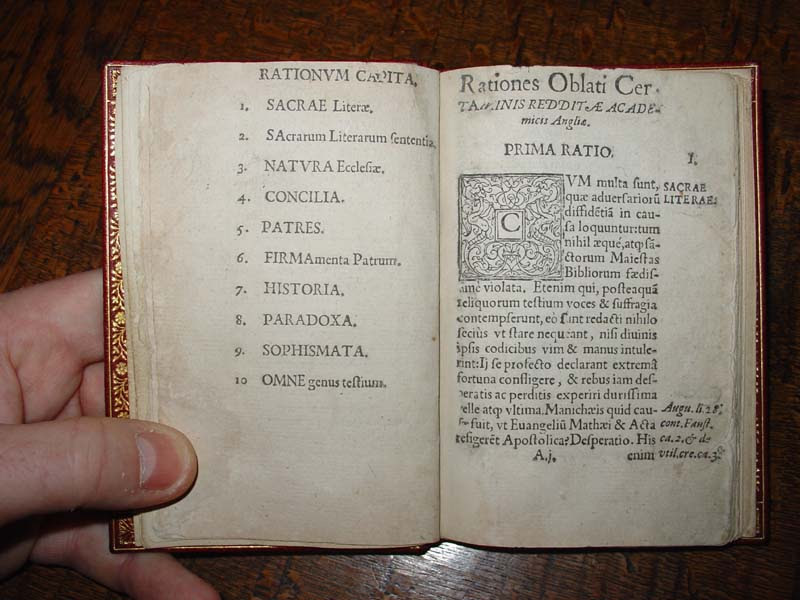 One of the ten surviving copies of the Decem Rationes, now preserved at Campion Hall in Oxford

The full text of the Decem Rationes, with an introduction, including details of its printing at Stonor, can be read at "Ten reasons proposed to his adversaries for disputation ... and there is a translation at Campion Englished. Or A translation of the Ten reasons

I thoroughly enjoyed my visit to Stonor, with its rich history, its very attractive interiors and furnishings, fine gardens and setting and good tea room, and would recommend it to anyone intersted in the past or in visting country houses.

What's up friends, nice piece of writing and good urging commented at this place, I am really enjoying by these.

Thankfulness to my father who informed me on the topic of this webpage, this blog is really amazing.