I was heartened to see from Fr Blake's blog post  So why 'Traddies' at Preston? that, at the invitation of the Bishop of Lancaster, the Institute of Christ the King are to take on the church of St Walburge in Preston. This will mean that the church will become a centre for the celebration of the Extraordinary Form of Mass, with provision for Sunday celebrations of the novus ordo.

St Walburge's from the east

This announcement lifts the threat to the survival of this spectacular building by J.A.Hansom. Founded as a parish in 1847, the church was initially built in 1850-54, with the addition in 1873 of the sanctuary, and then the addition of what is the  third tallest spire in the realm - exceeded in height only by the medieval spires of the cathedrals at Salisbury and Norwich - at 309 feet in 1886. There is an online history of the church here, and another article about the building here. There is a report on these latest developments in the life of the church and parish here

St Walburge's has been considered a building at risk for several years, so this is a welcome move on architectural heritage grounds alone. 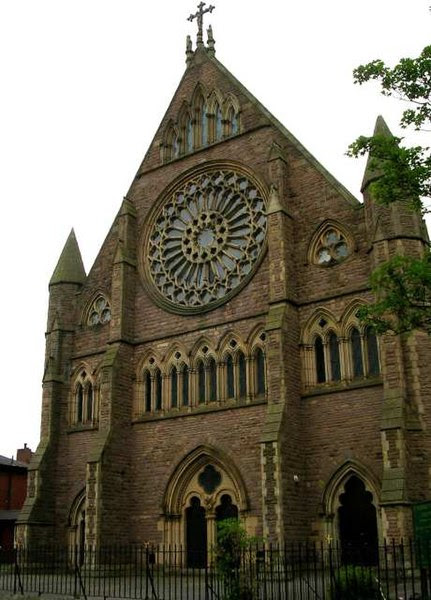 The west front of the church

The Institute appear to becoming something of an architectural rescue mission in the North West, having successfully taken on the "Dome of Hope", the early twentieth century church of SS Peter and Paul in New Brighton in the Wirral, in recent years. From pictures of St Walburge's - I have never visited Preston, though the images tempt one to want to go to look at the church - it is a very impressive building, both externally and internally, and does not appear to have suffered wrecknovation. 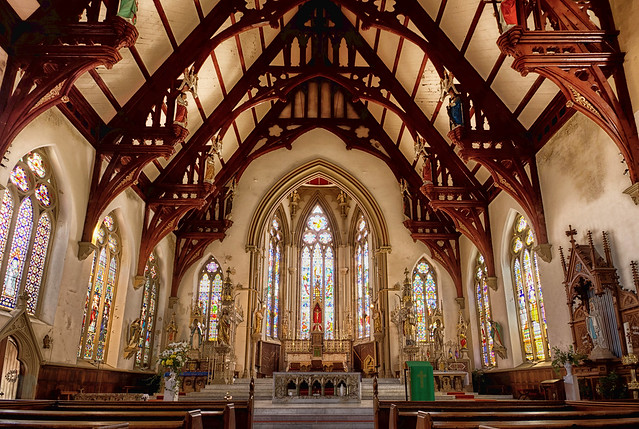 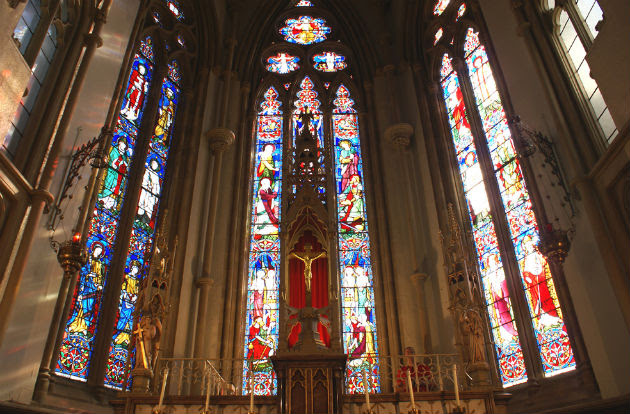