Today is the 88th birthday of Her Majesty The Queen, and this is a way for me to express loyal greetings and good wishes to her on the occasion. 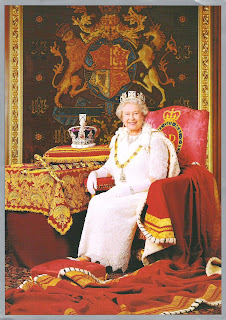 It is an obvious and well-worn cliché to say that the world has changed much in the years since 1926, but that the Queen has remained a constant in our national life - it is true, but it is a very familiar notion in writings about such anniversaries. One might add that both she and the institution she embodies have over her lifetime shown an adaptability, but also a stamina and an endurance, that is both impressive in an individual and in a ruling mechanism.

Less frequently pointed out is the centrality of that ability to the process of monarchy at all times and in all nations. On occasion that skill has been neglected with serious, even disastrous results. The tragedy of some nations - far too many indeed - has been the abandonment of the system for the failings of an individual or their advisors.

That, happily, has not been the case with Queen Elizabeth II. She continues to display not only skill as a Sovereign but seemingly, an enviable zest for life. Long may she reign, happy and glorious.