Today is the feast of St Oswald, King of Northumbria. I wrote about him two years ago in my post St Oswald.

This year to mark the day I am reproducing some more depictions of the saint, who was a popular patron of churches not only in his own former kingdom, but further afield. 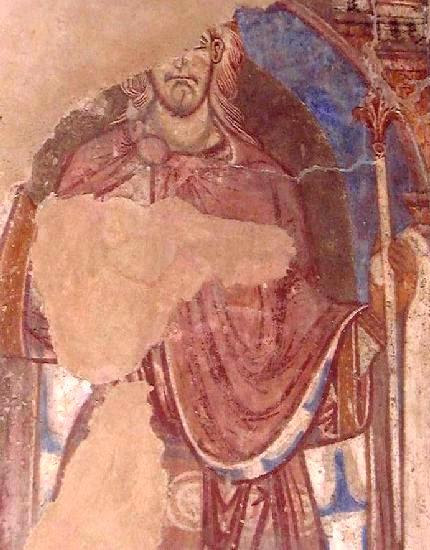 The remains of a twelfth century wall painting of St Oswald in Durham Cathedral
Image:Wikipedia


Here are pictures of the reliquary of his skull - assuming it is not with St Cuthbert in Durhan - in the cathedral treasury at Hildesheim in northern Germany. The reliquary is dated to 1185-1189, and is a wonderful example of the work of the period. 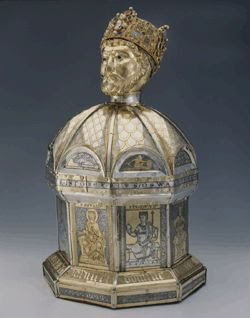 The reliquary in the form of the head of St.Oswald.
It is composed of silver,with gilt and niello decoration and has filigree work and decoration in enamel, and with precious stones and pearl trimming over an oak core.
Image:pinterest.com 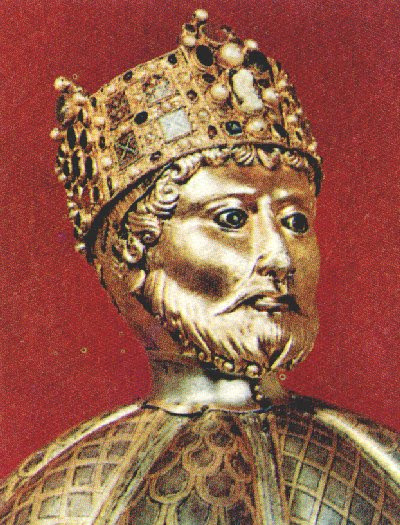 At present Hildesheim cathedral is undergoing amajor restoration and fifty of its medieval treasures, including the reliquary, are being sent as an exhibition to the Mettopolitan Museum in New York from this coming September until January  next year - so any North American readers who are nearby will have the opportunity to see them you are nearby.

There is an online article about the cathedral here - although I think the first photograph is not of the cathedral, but of another church in the city - and the cathedral's own English language website can be accessed here. There is an introduction to the historic city of Hildesheim, and its post war restoration and reconstruction here.


Devotion to St Oswald outlasted the middle ages in German speaking lands, as can be seen in this eighteenth century painting: 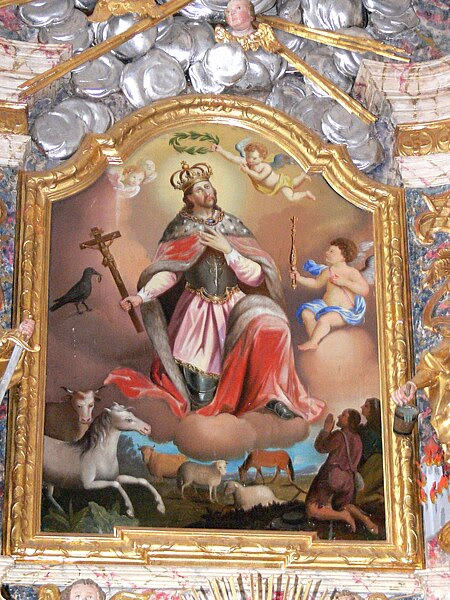