425 years ago today there occurred the battle of Gravellines, the key event in scattering the Spanish Armada, and forcing the Spanish fleet into the North Sea, and the consequent inability to meet up with the Duke of Parma's land army.

There is an online account of the Armada here, which surveys the plan and response of both the Spanish and the English. There is more about the misgivings of the Spanish commander in the online life of him, the Duke of Medina Sidonia.

The invasion plan was an audacious one, which depended on everything coming together. That proved too difficult - it was, so to speak "a bridge too far." The difficulty of such a combined operation at a long distance can be seen also in the essential failure of the Drake-Norris expedition of 1589, the so called English Armada.

For the English the failure of the Spanish Armada through storm force winds as well as strategy - "God blew and they were scattered" as the commemorative medal expressed it reinforced the English establishment's view that God was Protestant and that He was English. The significance of this is  explored in  John Stubbs recent biography of John Donne.

One conscious result appears to have been a change in naval tactics, from close counter boarding to the use of the broadside to disable the enemy from a distance. 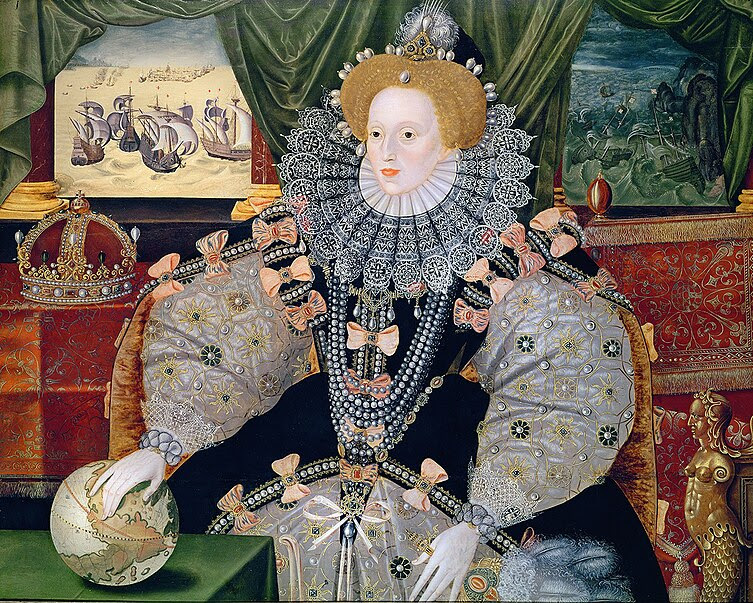 The Armada portrait of Queen Elizabeth I

If for Queen Elizabeth I this was perhaps her finest hour, celebrated in the Armada portrait and the tapestries which decorated the House of Lords for centuries to come, for her one-time brother-in-law King Philip II it seems to have strengthened his fatalistic streak, and he commented that he had sent his fleet to fight men, not God's winds. It did not deter him from maintaining his campaigns, and in the following years was to intervene in the French succession war after 1589. 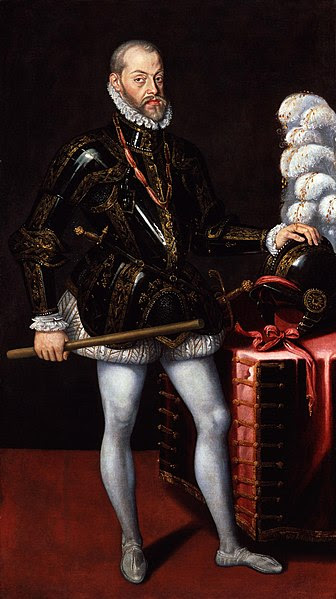 The story of the Armada is one of naval skill on both sides, personal bravery and personal tragedy. For many of the English sailors there was the grim future of death in the following months from disease the government did, or was unable to do,  nothing to alleviate. Spanish survivors turned out to be more lucky when they got home. For the Spanish there was the horrendous journey home, and for those who were shipwrecked on the western coasts of Ireland little hope. The events in Ireland are recounted here. The Dublin government understandably feared an uprising in the country and gave orders to kill any survivors. This appears to have been applied quite rigorously - this is before any Geneva Convention.

One who did survive and got back to Spanish territory was Francisco Cuellar, whose remarkable story can be read here.

There remains always the question of what would have happened if the Armada had reached the Flemish coast, received Parma's troops and invaded the south-east of England. How much support it would have received is impossible to calculate, and the sheer difficulty of conducting the campaign at such a distance on the opponent's territory may well have made it unlikely. I suspect if there had been a landing the consequences might have been as unpleasant and bloody as they were in Ireland. We might have been plunged into fighting off an invader, but I suspect the chances of success were always slim, unless there had been a complete collapse of English morale and resistance, and there is not much to suggest that recusants saw the King of Spain as their deliverer.