The Acclamation of King Manuel II in 1908

Today is the 105th anniversary of the ceremonial Acclamation of King Manuel II as King of Portugal and the Algarve in 1908. The formal oath taking before the Cortes was, it would appear, very similar in form to the inauguration of the present King of the Netherlands which took place last week. That is to say, it was ceremonial oath-taking before the representitives of the realm, and in the presence of the regalia. No King of Portugal was crowned after 1640 when the newly crowned King John IV, the first monarch of the house of Braganza, bestowed his crown upon the Virgin Mary as true Queen of the realm. The tradition odf anointing and coronation was particularlya feature of the house of Aviz, Kings from 1385/6 until 1580, and deriving from English influences and contacts in the deacades when they established themselves as rulers of the kingdom. 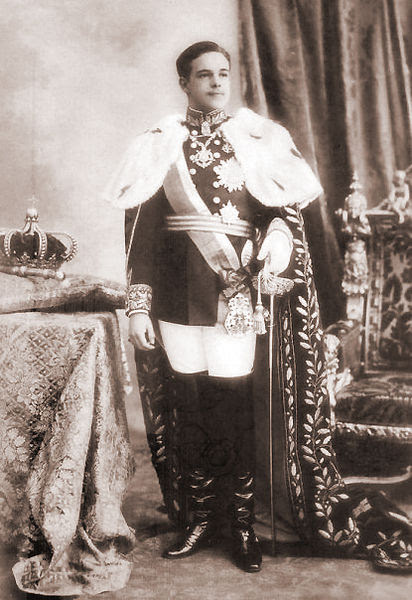 King Manuel II on the day of his Acclamation


At his side are the Crown and sceptre of King John VI. The King is wearing the mantle of King Luis I,
and his Orders include the Collar of the Order of the Tower and the Sword, and the red, green and violet riband of the Three Orders, that is the ancient crusading Orders of Christ, Aviz and Santiago.
Image: Wikipedia 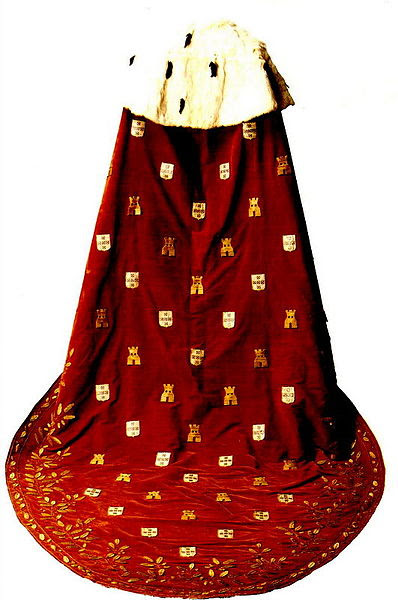 The Mantle of King Luis I, used also by King Carlos I and King Manuel IIImage: Wikipedia 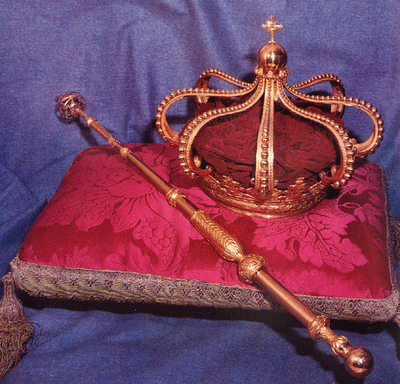 The Crown and Sceptre of King John VI, made in Rio de Janeiro in 1817
Image: Wikipedia

There is more about the Portuguese regalia at the link Portuguese Crown Jewels.

I found on YouTube this very interesting compilation of photographs of the events of the day of the Acclamation in 1908: