Since 1955 today, rather than May 1st, the traditional day from the sixth century, has been the feast of SS Philip and James the Apostles in the Catholic Church.

Their original cult and many of their relics and depictions, are Eastern rather than Western, although some relics of both have been in Rome since initial construction of the basilica dei Santi Apostoli in the pontificates of Pope Pelagius I (556-561) and Pope John III (561-574).

A portion of what is believed to be St Philip's skull is said to have been brought to Cyprus from Constantinople in 1204 very shortly after that city's capture in the Fourth Crusade. Here is a view of it on display in an eighteenth-century reliquary case in the monastery of the Holy Cross at Omodos in the Limassol prefecture: 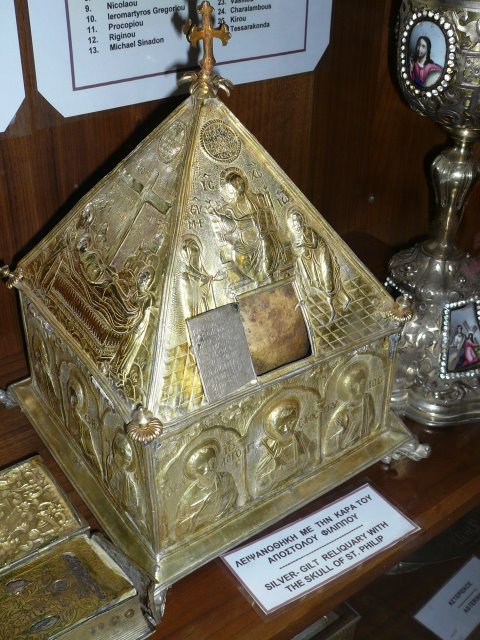 The reliquary of St Philip

I posted about the discovery of St Philip's original tomb and shrine at Hierapolis in Tomb of St Philip the Apostle last August.

Of course, in the true Liturgy today is the Feast of the Invention of the Holy Cross.