St John of Beverley and his minster


Today is the anniversary of the death of St John of Beverley in 721, a saint about whom I posted in October on the feast of his translation in St John of Beverley. Today gives an opportunity, or excuse, to post another picture of the great medieval church which arose at his cult centre in Beverley. Being a bit off the beaten track it is not as well known as it deserves to be - Beverley Minster is one of the glories of high and later medieval Yorkshire and England, a treasure house of sculpture as well as soaring architecture. 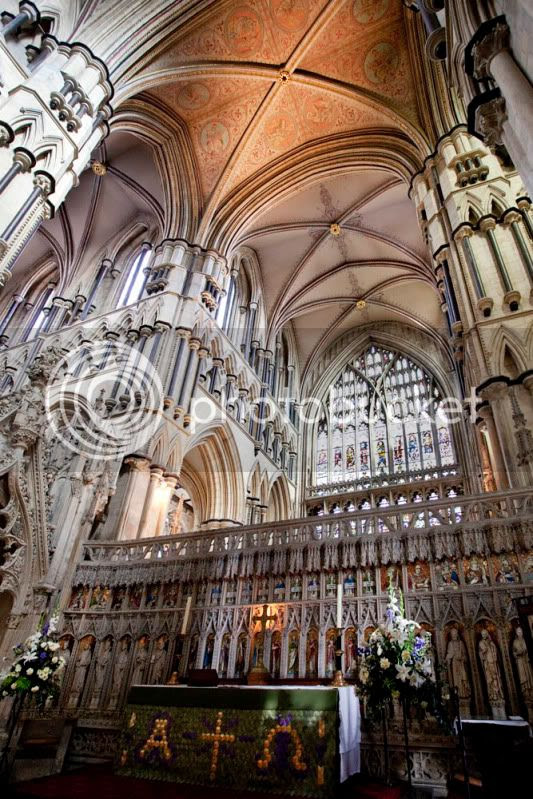 The High Altar of Beverley Minster.

The City of Oxford is fortunate to have, in the figure of the Very Rev'd Fr David Johnson O.S.J.B, a man able to bestow membership of the Order of St John of Beverley on those deemed worthy. The associated medal is most beautiful, and the envy of lesser chivalric orders.

It is always a pleasure to learn more about St.John of Beverley. The Companions of the Military Order of Agincourt hold him in the highest reverence as one of our patron saints ad did King Henry V. The Rev. Canon Robert G. Carroon, Prelate of the Order.