Last night I called in to the bar at the Oxford Union - no great surprise in that - but I did have the unexpected pleasure of finding there three fellow Orielenses.

The young men, as well as the girlfriend of one of them, had been back in Oxford for one of them to receive his degree. I had not seen them for several years and it was good to catch up on what they are doing on London and to share reminiscences and news of mutual friends.

Although they are much younger than I am the fact that we had become friends during our time in Oriel speaks of one of the great strengths of the collegiate system, and particularly of a small college like Oriel with a strong sense of identity. Eating together in Hall, having a drink with them in the bar, simply seeing people in and around the college, builds up contacts and shared experience irrespective of subject, background or age. Oriel is clearly a significant part of all our lives - indeed it emerged in the conversation that one of them was a fifth generation Orielensis.

We continued our discussion over curry in a nearby Indian restaurant before they departed, but not before we had exchanged e-mail addresses an dthe hope of keeping in contact more often. 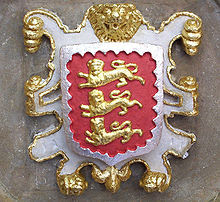