Although his feast day is on September 28th thanks to the Christmas carol Good King Wenceslas
not only St Stephen but also St Wenceslas comes to mind today.

The story of J.M.Neale's 1853 carol and its musical accompaniment can be read here.

St Wenceslas and his page on St Stephen's day

Image: arcadja.com
There is a modern online illustrated life of the tenth century Duke of Bohemia who was to become the patron of the monarchy and country here, and there is a modern adaptation of a 10th century Slavonic text biography here.

The Crown of St Wenceslas
It was made for the Holy Roman Emperor Charles IV, who was also King of Bohemia 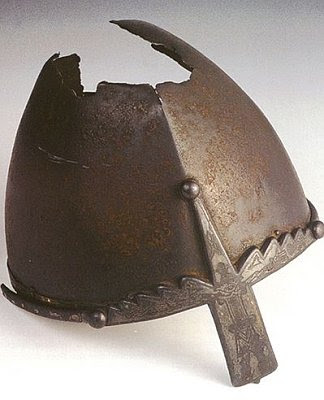 The helmet preserved as that of St Wenceslas

His relics are enshrined in the St Wenceslas chapel in St Vitus cathedral in Prague, and there is more about it here. 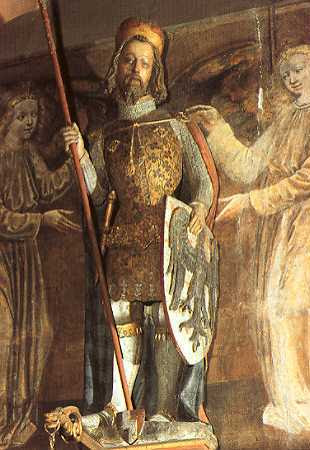 St Wenceslas
Fourteenth century statue in his shrine chapel in Prague Cathedral
Probabbly by Peter Parler
Image: Wikipedia
Posted by Once I Was A Clever Boy at 14:20