On December 1oth 1591, fifty years to the day after Thomas Culpeper and Francis Dereham were executed, Londoners were able to witness another set of executions, those of a priest, St Edmund Gennings and of a layman, St Swithun Wells, who had made his house at Grays Inn available for St Edmund to celebrate Mass.

Arrested at the altar St Edmund was led away to prison still in his vestments and St Swithun. who had not been present, was arrested upon his return home. Both were executed outside the house, the priest being hanged drawn and quartered, the householder being hanged. 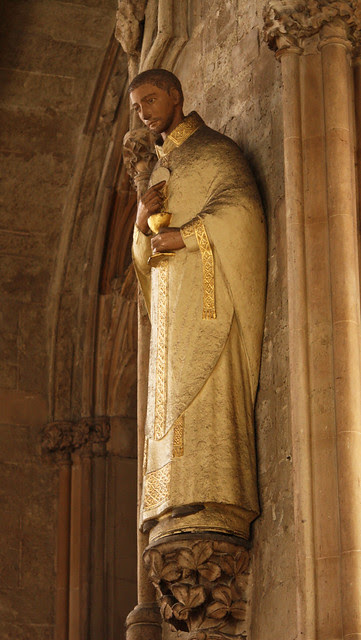 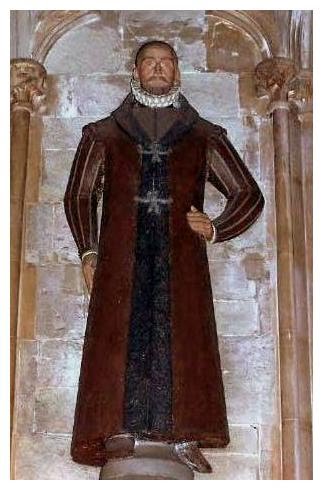 Image: Mary's Dowry Productions
There is piece about both of them from Mary' Dowry Films in connection with two films about the two martyrs here.

There is an online life of St Swithun Wells here. He had been born in Hampshire in 1536 and his name suggests devotion on the part of his parents to the local saint, St Swithun, whose shrine was in Winchester cathedral.

St Edmund Gennings was born in Lichfield in 1567, and his martyrdonm had a profound effect on recalling his brother to the Catholic faith and to discover his own vocation. The Oxford DNB life of St Edmund, with a link to that of his brother can be read here and there is another online life of him, with an early portrait, here.

And then, 19 years later, St. John Roberts, OSB and Blessed Thomas Somers were executed as traitors/priests at Tyburn Tree!--
http://supremacyandsurvival.blogspot.com/2011/12/december-10-1610-executions-at-tyburn.html