St Thomas of Canterbury in Monreale and Soria


Here is another depiction of St Thomas made soon after his death. It is part of the decoration of the apse of the cathedral at Monreale in Sicily.

He is shown standing between Pope St Sylvester I and St Lawrence. The association of themes and ideas appears clear - St Sylvester was believed to be the recipient of the Donation of Constantine, with all that was taken to imply for Papal and ecclesial authority, and St Lawrence had been martyred in 258 for refusing to compromise and hand over the Church's wealth, and thereby its independence, to the Imperial authorities. St Thomas is therefore presented as being in good company in respect of Church-State relations. 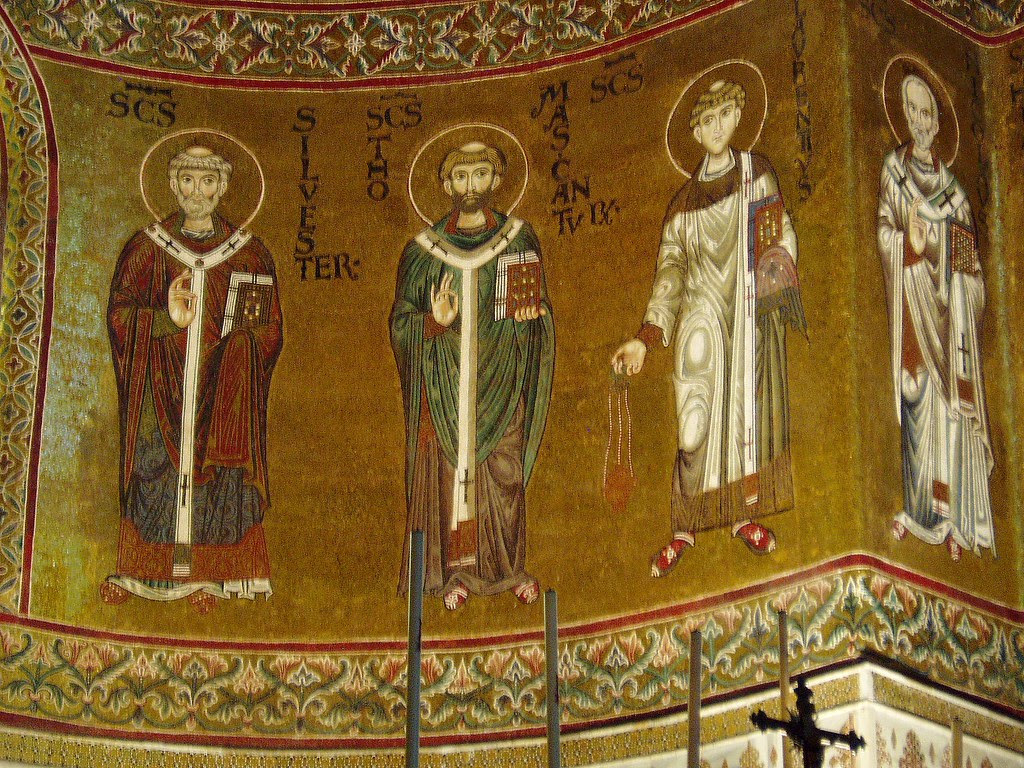 The historical and cultural context of the creation of the mosaic and the cathedral are discussed in John Julius Norwich's splendid and evocative The Kingdom in the Sun, the successor volume to the equally compelling The Normans in the South. Both books make you yearn to travel to Sicily and the rest of the Regno to visit the places he describes.

St Thomas's murder as depicted in a late twelfth-century wall painting in the church of San Nicolás in Soria (Castilla y León). The painting, exceptional in that its shows the Archbishop being stabbed in the back rather than struck in the head, is discussed in two articles here and here. There is a brief BBC film clip showing more of the painting here.

Thank you for these two fascinating posts about St Thomas. The Monreale mosaic seems to set him very properly in context. Sadly, he doesn't seem to feature in the General Calendar these days.