Following on from my post yesterday I have now found a photograph of the memorial erected in 2008 to the four martyrs. It is at the eastern end of Holywell Street, near the junction with Lomgwall Street. 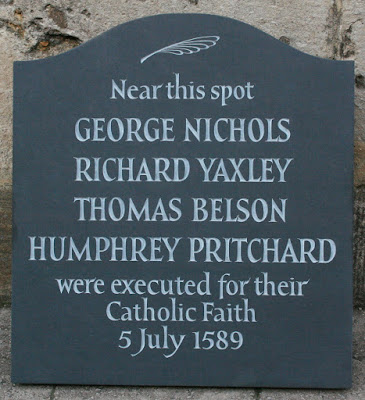 There is a piece about the plan to erect the plaque and an account of the four men in this report from the Catholic Herald
Posted by Once I Was A Clever Boy at 12:40