The Martyrdom of St George


This year we get, in effect, two celebrations of St George. Today, April 23rd is his usual feast day, and most people who do so at all will recall that this is indeed the day of our national patron, and might fly his flag or, even, wear a red rose in his honour. However this year today is also Wednesday in Easter Week, and therefore St George is displaced liturgically until next Monday. Not being too phased by such matters, and I assume St George himself is n't, it gives me a potential opportunity to post about him twice.

As today is the calendric anniversary of his martyrdom here is a fourteenth century depiction of that event, which is both afine example of its period and an intersting visual source for its own time: 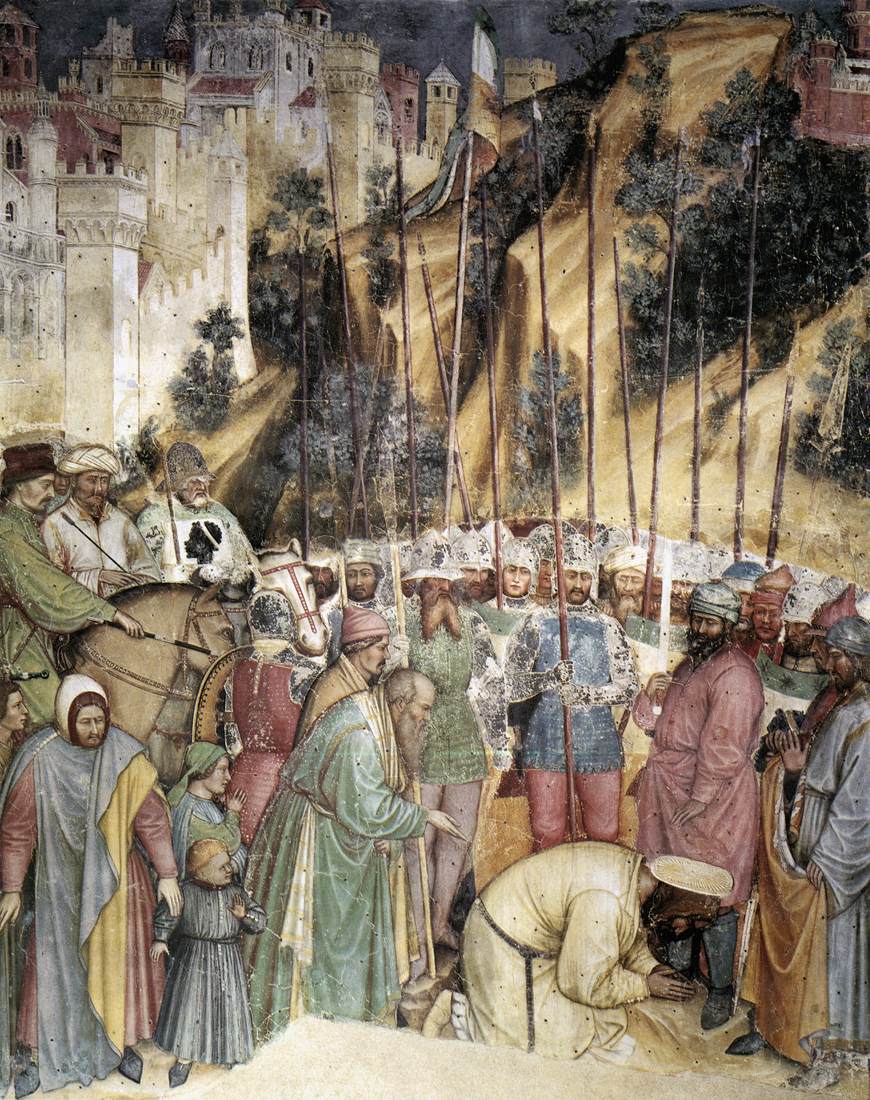 The Beheading of Saint George