Relics of St Margaret of Scotland

From 1693, when it was moved by the Pope so as to coincide with the birthday of the son of the exiled King James VII and II until the new liturgical Calendar was introduced from 1970, today was the feast day of St Margaret of Scotland, and still is in the Extraordinary Form. For the Ordinary Form it was moved to November 16, the anniversary of her death in 1093.

There are online biographies of her at Saint Margaret of Scotland, with appropriate links, and at Saint Margaret of Scotland: Biography on Undiscovered Scotland The principal source for her life is the biography by Turgot, later Bishop of St Andrews, which was written at the request of her daughter Queen Matilda, the wife of King Henry I and recounts St Margaret’s public and private piety as Queen of Scots. There is more about his life at Turgot of Durham.

Here in Oxford the Bodleian Library holds a link to the Saint Queen - her Gospel Book: 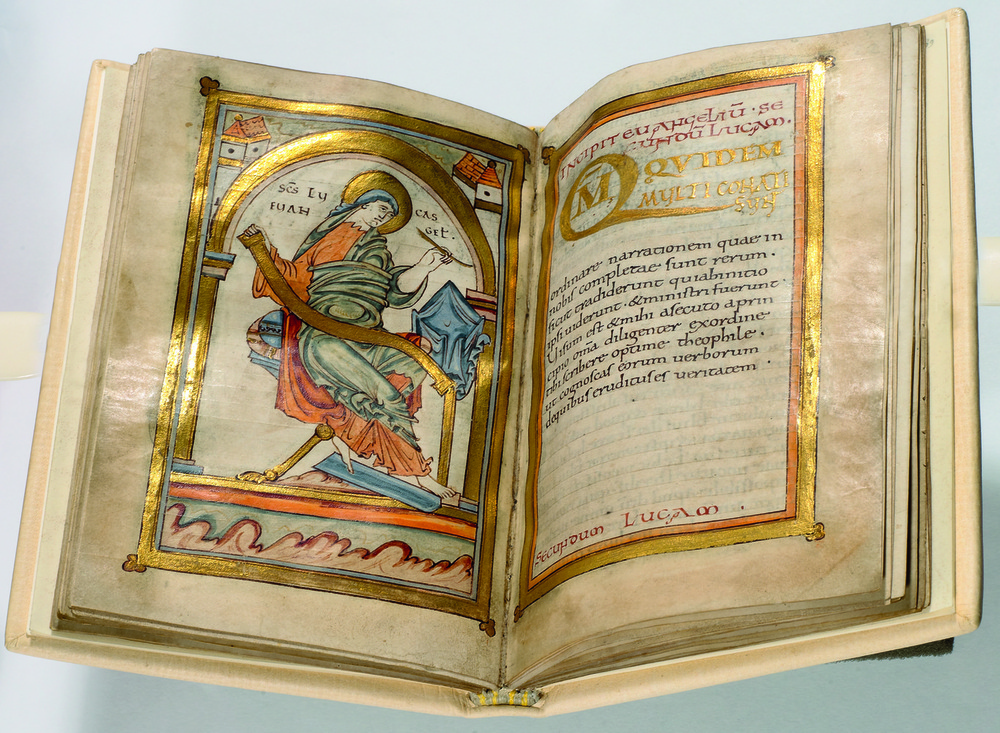 St Margaret, Queen of Scots (died 1093)
This beautiful manuscript belonged to Margaret, Queen of Scotland, who was renowned for her piety and was canonized in 1249–50. A compact selection of passages from the Gospels, this finely illustrated book was Margaret’s favourite, and one she read and studied closely, even when she travelled. A poem added at the front describes how this very book was dropped into a river but remained almost unharmed: this miracle contributed to her growing reputation for holiness.
Image and text: Bodleian Library

Originally enshrined in the abbey at Dunfermline founded by her son King David I, and where the foundations of her shrine can still be seen, her relics were scattered in the upheaval of the Scottish reformation. Her skull, having been taken to Queen Mary I for the birth of the future King James VI and I, was subsequently lost and what else survived was given to the Escorial by King Philip II. A relic from there - a shoulder blade - returned to Scotland in 1862 and since 2008 has been kept in the Catholic Church of St Margaret in Dunfermline. There is an account if it, which includes a link to an illustrated history of the remains of the saint which can be seen at The Relic of St. Margaret of Scotland - Saint Margaret's RC Memorial Church

In 2019 an archaeological study took place of the relic to see what that could reveal about this remarkable woman and her life. The news report about that can be seen at Archaeologists remove Scottish heroine St. Margaret’s relic to learn more about her life

Saint Margaret pray for us!