Today is the 485th anniversary of the beheading of St John Fisher in 1535. Fr Tim Finigan of The hermeneutic of continuity has a post today about the martyred Cardinal, together with links to his posts about him from previous years, at Saint John Fisher, the Cardinal Martyr and inspiration to the young  His quotations from the saint’s response to those of his fellow bishops who sought to dissuade him from his views make for  sobering reading. 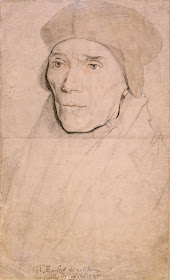 St John Fisher, Bishop of Rochester
Probably the best known portrait
A drawing by Hans Holbein the Younger
Image: Royal Collection and
bathartandarchitecture.blogspot
There is a good biography of him available on Wikipedia which can be seen at John Fisher.
Amongst other things it draws out the concern of the government not to execute him on the feast of St John the Baptist on June 24th which in the circumstances of an illicit royal marriage might seem an inapposite choice - yet who then managed to carry it out on the feast of the British protomartyr St Alban on June 22nd.... 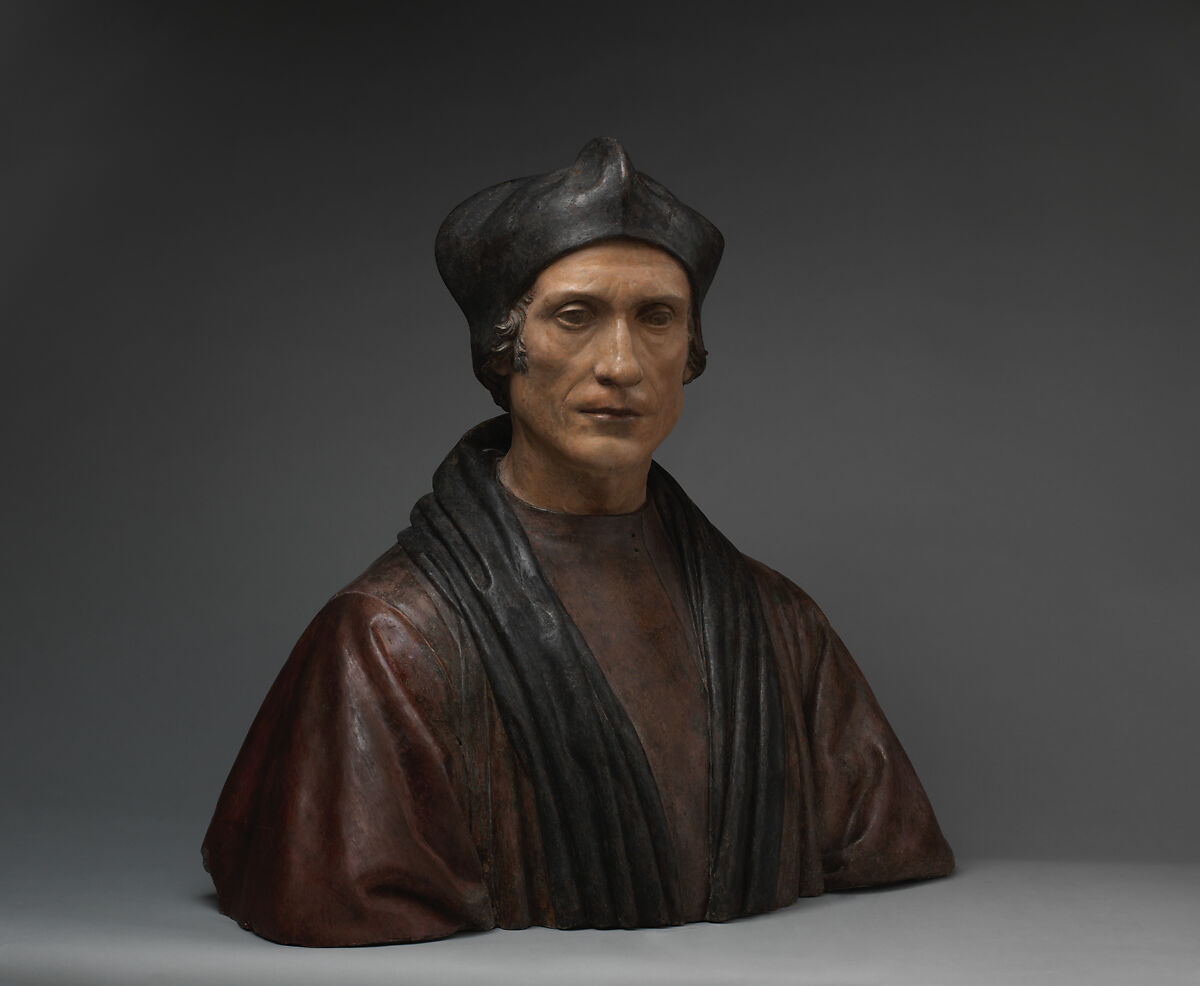 Thank you for this post- especially for the illustration of the Torrigiano bust. It is good to see that he made a better job of St John Fisher's face than he did of Michelangelo's!

I am sorry that better photographs of the bust refused to copy and paste as I wanted. The bust is one of three, the others being of King a Henry VII, and now in the V&A, which is now quite well known in this country, and one of the young King Henry VIII. Unfortunately that and the bust of Bishop Fisher were exported after the set changed ownership and they are now in the Metropolitan Museum in New York. All three are fine and suggest a very dignified bearing and appearance for all three subjects. As I mentioned in the post, and according to the V&A , they are first recorded in the eighteenth century and appear to have been previously in the Holbein Gate at Whitehall.
As you point out regarding Michelangelo Torrigiano certainly made his mark...