830 years ago, on June 10th 1190 the Holy Roman Emperor Frederick I - known as Barbarossa from his red beard - was drowned in Cilicia on his way to participate in the Third Crusade, 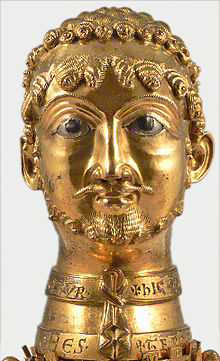 A golden bust of Emperor Frederick I, dated to circa 1157 and given to his godfather Count Otto of Cappenberg in 1171. It was used as a reliquary in Cappenberg Abbey and is said in the deed of the gift to have been made "in the likeness of the emperor". It accords with a written description of him.
Image:Wikipedia

There is an online biography of the Emperor at Frederick I, Holy Roman Emperor.

Although there are some points one might well query in what is admittedly a concise life, its basic narrative is good and sets out the problems and possibilities that he faced in his lengthy reign from 1155 to 1190.

His achievements were considerable, if transitory, but he seems often out faced by the combination of opponents and circumstances, not to mention geography. In that he is like, for example, his grandson the Emperor Frederick II, whose reign reprised so many themes of Barbarossa’s rule. It is also reminiscent of the reign of the Emperor Charles V in the sixteenth century. This has been a problem facing many rulers - the governance of the later Habsburg Empire is an example, but it is not unique.

At its heart is the problem of Empire - the fragmented political nature of the German lands, the multiple problems in Italy, and both in the dynamic expansion of what some term “the Feudal Revolution”, the expanding economy and society of the twelfth century. Alongside that there was the intellectual expansion we have become used to call, thanks to C.H.Haskins, the Twelfth century Renaissance. Then there was the continuing implicit, and often explicit, conflict between Empire and Papacy, and the fundamental question as to what was the Emperor - he possessed a great inheritance and great claims, but making them real was the difficulty. How was he to relate to the Pope and the Church, to other Kings, to the people and claims of Rome itself, to the Byzantine Emperor? In one sense Frederick was no more successful than his predecessors or successors in resolving these intractable matters, but for thirty five years he endeavoured mightily so to do. 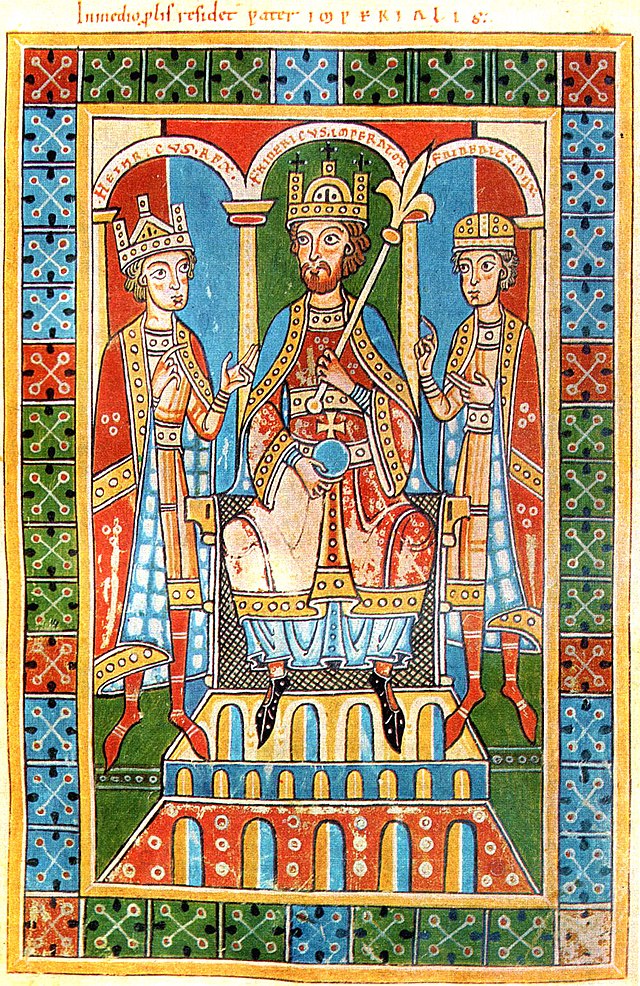 In a tribute to his memory Barbarossa lives on in legend. As with King Arthur in Britain, so he is supposed to be asleep under one or other of two mountains That in the Kyffhäuser Hills in Thuringia linked the Barbarossa Legend to the Kyffhäuser Monument created to commemorate the German Emperor Wilhelm I in the years 1890-96. According to the legend the Emperor Frederick will sleep in an underground palace until Germany is unified. His beard is growing around a round table. To date, it has gone around the table twice, but when it has encircled the table a third time, the end of the world will begin or Barbarossa will awaken and begin his reign anew. According to the legend, until then, there will be no other good emperors.

A variant has it that the Emperor is dozing rather than sleeping and periodically sends a boy out to check on whether the ravens still fly round the Kyffhäuser. When there are no ravens it will be the time for him to rise with his knights from their slumber.