The Special Correspondent has forwarded this post from the blog Chivalry and Honour Turcopilier about tomorrow's election of a new Grand Master or Lieutenant of the Grand Master of the Order of Malta. I have copied and pasted it verbatim. 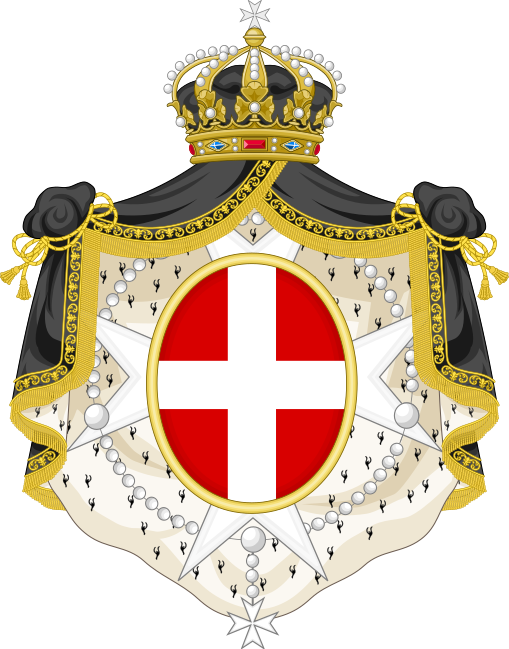 The events of the past five months that ultimately led to the resignation of the Grand Master have led to considerable dissension among members of the Order and concerns at the reported breaches of the Constitution of the Order. These events were unprecedented in the modern history of the Order, indeed the last occasion on which a Grand Master resigned was when Fra Ferdinand von Hompesch, after the islands of Malta and Gozo were surrendered to the French, abdicated as Grand Master on 6 July 1799.

The Grand Master’s resignation was offered to and accepted by the Sovereign Council of the Order on 28 January 2017. Meanwhile the Grand Chancellor, Baron Albrecht von Boeselager, was reinstated in his office. The Grand Commander automatically became Lieutenant ad interim, and duly called for a meeting of the Council Complete of State to elect a new Grand Master or Lieutenant of the Grand Master.

The work of the Order in the service of the Poor and Sick continues however, and this remains the principle focus of its members, while retaining the traditional structures which link it to its former role as both a hospitaller and a military body, dedicated to the Catholic faith. For the Order to succeed in its mission it must be united in loyalty to the next Head of the Order and its sovereignty must be protected.

The Grand Master is elected for life by then from among the Professed Knights with at least ten years in perpetual vows if they are younger than fifty years of age; in the case of Professed Knights who are older, but who have been members of the Order for at least ten years, three years in perpetual vows are sufficient. There are provisions for the resignation of the Grand Master in the Constitution - following such resignation he becomes Bailiff Grand Prior, subject in that capacity only to the authority of the Head of the Order.

The Grand Master and the Lieutenant of the Grand Master must have the nobiliary requisites prescribed for the category of Knights of Honour and Devotion. These requisites differ according to the National Association of which the candidate was admitted. This reduces the number of potential candidates for either office to just four professed knights.

Those who will be entitled to vote are:

a) the Lieutenant ad interim;

b) the members of the Sovereign Council;

d) the (Grand) Priors or, in the event of vacancy, their permanent substitutes (Procurators, Vicars,

g) a Professed Knight and a Knight in Obedience delegated by the Knights in gremio religionis;

h) five Regents of the Sub-priories, in accordance with the Code;

i) fifteen representatives of the Associations, in accordance with the Code.

The Grand Master’s election requires a majority plus one of those present entitled to vote.

After the fifth undecided ballot, the Council Complete of State decides, with the same majority, whether to proceed to the election of a Lieutenant of the Grand Master for a maximum period of one year. In the event of a negative result the balloting to elect the Grand Master resumes. In the event of a positive result the Lieutenant of the Grand Master is elected by means of a runoff ballot between the two candidates who received the largest number of votes in the fifth ballot. The candidate in the runoff ballot who receives the larger number of votes prevails. Should there be only one candidate, a majority vote of those present is required.

If elected, the Lieutenant of the Grand Master must reconvene the Council Complete of State before the end of his mandate (which cannot be greater than one year from his election). Immediately following the election, the Pope must be informed of the name of the new Head of the Order.

The Grand Master then makes the following solemn oath: “By this most Holy Wood of the Cross and by God’s Holy Gospels, I, N.N., do solemnly promise and swear to observe the Constitution, the Code, the Rule and the laudable customs of our Order and to administer the affairs of the Order conscientiously. So help me God, and if I do otherwise, may it be to the risk of my soul.”

It is anticipated that whoever is elected the new Head of the Order, whether a Grand Master or a Lieutenant, will call an Extraordinary Chapter-General. This will elect the members of the Sovereign Council, composed of the Great Officers of the Order (Grand Commander, Grand Chancellor, Grand Hospitaller and Receiver of the Common Treasure) and the six councillors. It will also elect the members of the Government Council, which consists of six Councillors from different geographic areas elected from members of any of the three Classes of the Order.


The history of the order, it constitution and an account of the recent disputes within it and between it and the Holy See can be found at Sovereign_Military_Order_of_Malta The Arms of the previous Prince and Grand Master, Fra' Matthew Festing