Earlier today a friend sent me a version of this map illustrating the election results in the first round of the latest French political beauty contest.

As my friend pointed out it bears a not inconsiderable resemblance to a map of twelfth century France indicating the extent of the Angevin Empire under King Henry II and King Richard I.

Here, to compare and contrast with it, is the result from 2012 ( with a larger scale map of Paris transposed onto Switzerland) 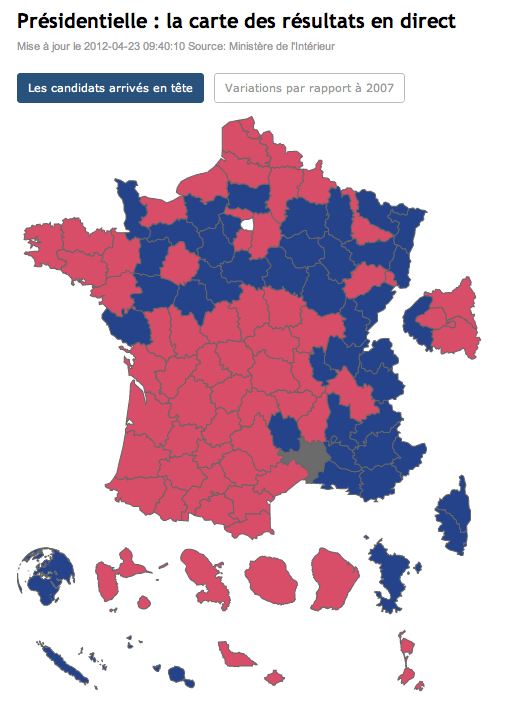 In this case France looks not entirely dissimilar to the arrangements made by the Treaty of Bretigny-Calais concluded in 1361 between King John II and King Edward III. There's even a hint of the Avignon Papal state in the Rhone valley. Another similarity might be to the aims, but not the reality south of the Loire, of the Anglo-Burgundian alliance after 1419

The survival of regional political allegiances across departmental boundaries and across the centuries is striking.

Both maps also point to a nation deeply divided both socially and culturally and also geographically. However one may also enquire as to what is new therein for France, but the fracture within the north, of the Ile de France and its neighbouring regions, the heartland of the Capetian monarchy, and the foundation of French unity, should attract notice and concern.