Hair and eye colour in Europe


By chance today I came across a map showing the distribution of the percentage of fair or light hair in Europe. This was quite interesting in that it complements other historic and cultural divisions in the continent.

I found a better version which I have copied and pasted below: 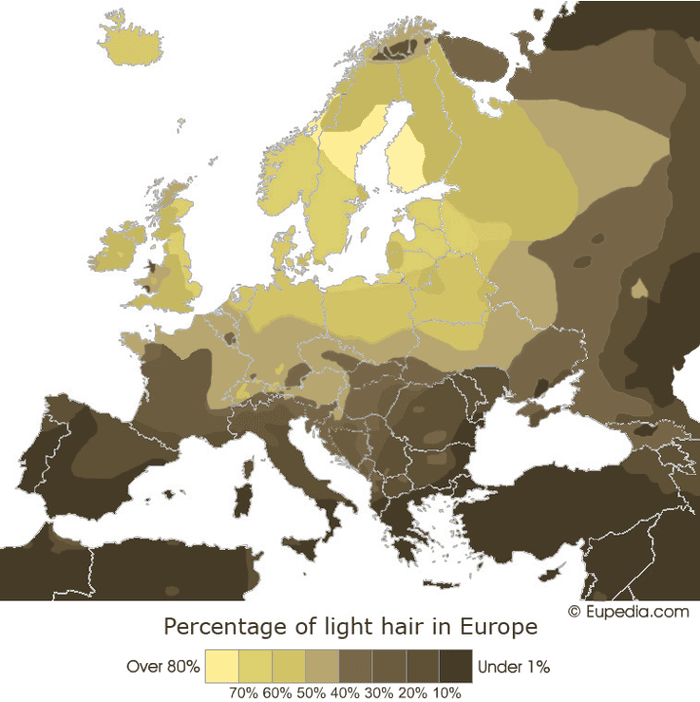 It is taken from a somewhat tetchy article in The Guardian about mapping redheads which can be seen here  - I think the author is worried about the possibilities of discrimination...

Well I'm not a "Guardian reader" so what the heck ( though they occasionally have useful pieces I will concede), so I will continue...

As someone whose patronymic suggests a founding ancestor with exceptionally light or fair hair I have a vested interest in such matters I think.

Also on the Whitehead side, though through my paternal grandmother's family, there is the red-headed gene. I have escaped what is sometimes called "the curse of ging"  but it is I suppose part of my inheritance.

The following map is again interesting in its distribution profiles: 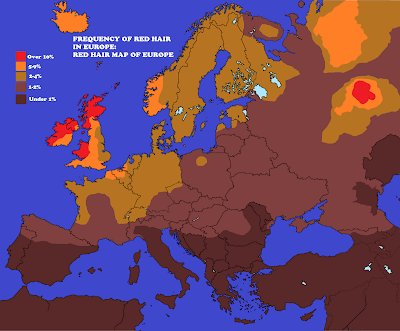 
I have grey eyes, but the mapping of the predominance of blue eyes is also interesting:


Another version with slightly different distribution can be seen here: 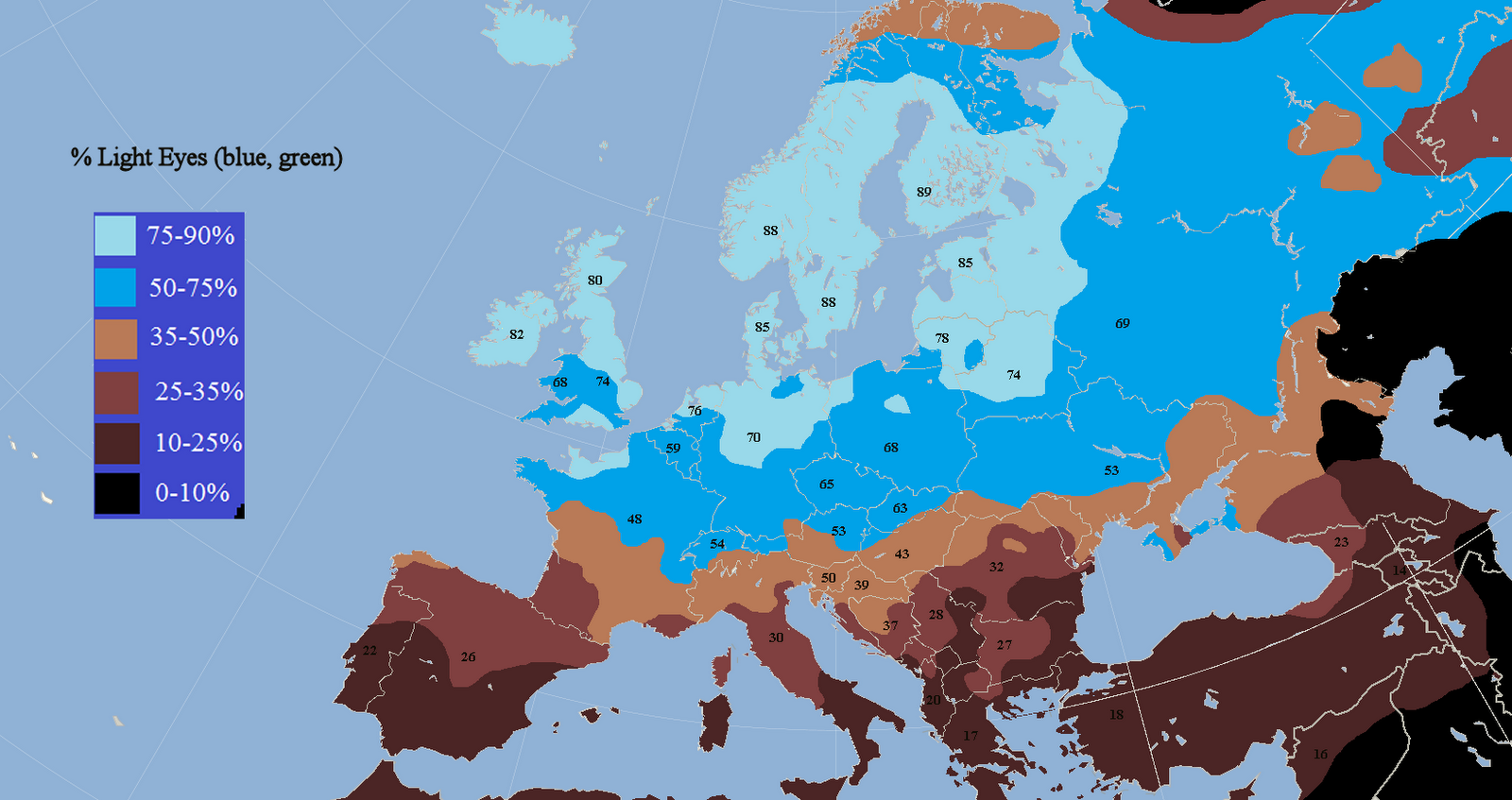 I wonder when the data was compiled, and how much historic patterns were (or were not) affected by the Second World War in particular and the consequent population movements.