Today is the 570th anniversary of the death in 1447 at his episcopal palace at Wolvesey Castle in Winchester of Cardinal Henry Beaufort, Bishop of Winchester.

Previously Bishop of Lincoln , and one of the legitimised children of John of Gaunt and Katherine Swinford for virtually half acentury he had been at the centre of English political, diplomatic and ecclesiastical life. Translated to Winchester in 1405 following the death of William of Wykeham he was first offered a Cardinal's hat in December 1417 by Pope Martin V in recognition of the part he had played in resolving the Great Schism and Papal vacancy. Forced to decline the honour by King Henry V he finally received the red hat in 1426, after the death of the King.

The Oxford DNB life of him by Gerald Harriss, who has written the standard modern biography, can be read here.

The tomb effigy in Winchester Cathedral of the Cardinal is a seventeenth century restoration, and in addition to other carvings, such as that from Bishop's Waltham illustrated in the Oxford DNB article there is the theory, increasingly accepted I think, that this portrait, by Jan van Eyck, and usually said to be of the Carthusian Cardinal Niccolò Albergati, is in fact one of Beaufort and dated to about 1431. It is now in the Kunsthistorisches Museum in Vienna, and the original drawing in Dresden. 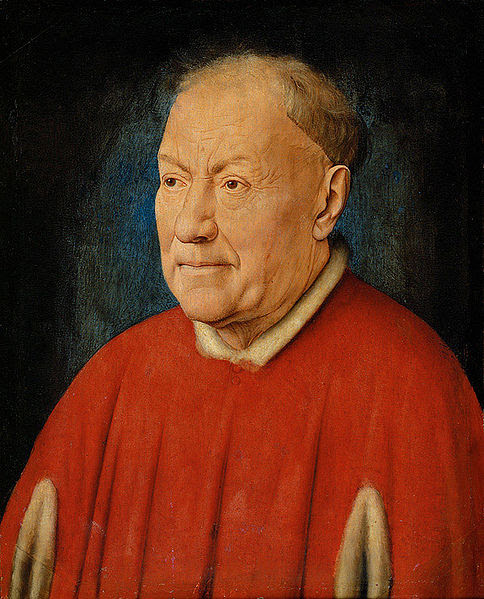 The probable portrait of Cardinal Beaufort by Jan van Eyck 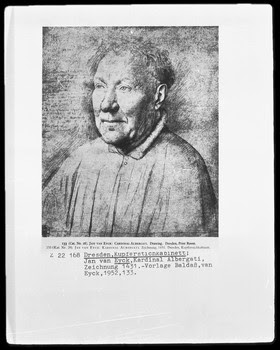 The original drawing in Dresden

There is more about the portrait here, where it is still described as being of Albergati. It is however very different from the other, more ascetic, images of the Carthusian Cardinal that survive.

In the St Cuthbert Window in York Minster is another depiction of the Cardinal which I have reproduced before. It shows him with the Cardinal's hat for which he had to wait so long: 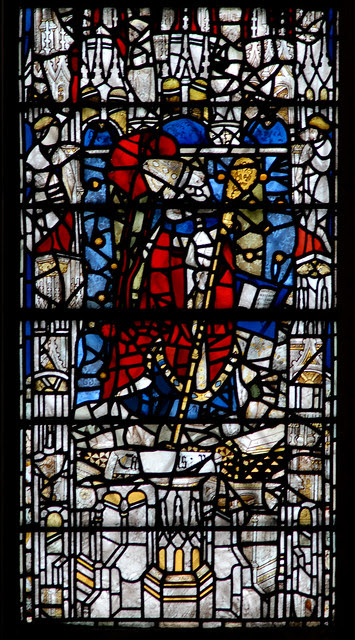 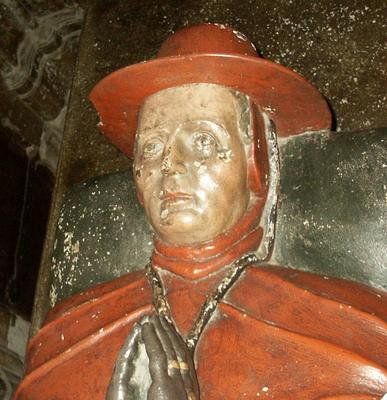 The effigy on the Cardinal's tomb
How much of this is original I am not sure, but if it is in essence then it is interesting that he stresses his rank as a Cardinal, and depicts him with his hat on top of his hood 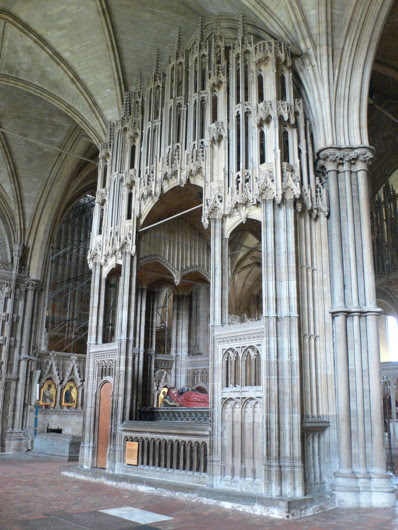 The Cardinal's tomb and chantry in Winchester Cathedral


Wolvesey Castle is adjacent to the cathedral in Winchester and now in the care of English Heritage. Their website about it can be seen at Wolvesey Castle (Old Bishop's Palace)

A modern representation of the arms of Cardinal Beaufort