Today is the 490th anniversary of the battle of Mohács. This was one of the most significant battles not only in Hungarian history but in that of Europe. If one consequence was the destruction of the medieval kingdom of Hungary and the advance of the Turks into the central Danuble plain where they remained until the end of the seventeenth century, another was the creation in consequence of that union of territories which constituted the birth of what was to become Austria Hungary.

In 1490 the death of King Matthias Corvinus led to the accession of the Polish Jagiellonian King Vladislaus II, under whom the central power of the monarchy in Hungary declined, aristocratic power increased, there was an increasing likelihood that the monarchy might become elctive as was to happen in Poland later on in the century, and meanwhile the Ottomans were gathering strength to the south. The political background is set out in the online account of the Battle of Mohács and in the related article on the leading nobleman John Zápolya.  As that points out it was the birth in 1506 of the future King Louis II that made the survival of the Hungarian Jagiellonians possible. In 1514 the  King Vladislaus II faced a major peasant rebellion led by György Dózsa - this had begun as a crusade against the Turks which then evolved into a jacquerie, which further weakened the realm.

King Louis II succeeded at the age of ten in 1516 to the thrones of both Hungary and Bohemia, and had been crowned in his father's lifetime in the case of each realm. He was taken up by the Emperor Maximilian who arranged adouble marraige, that of King Louis to the Emperor's grandaughter Mary, who was tens months oldere than him, and of Louis' sister Anne to Maximilian's second grandson the Archduke Ferdinand ( eventually the Emperor Ferdinand I ). As a dutiful Habsburg the Emperor did not pass up the chance of prudential and providential marriages for the next generation. 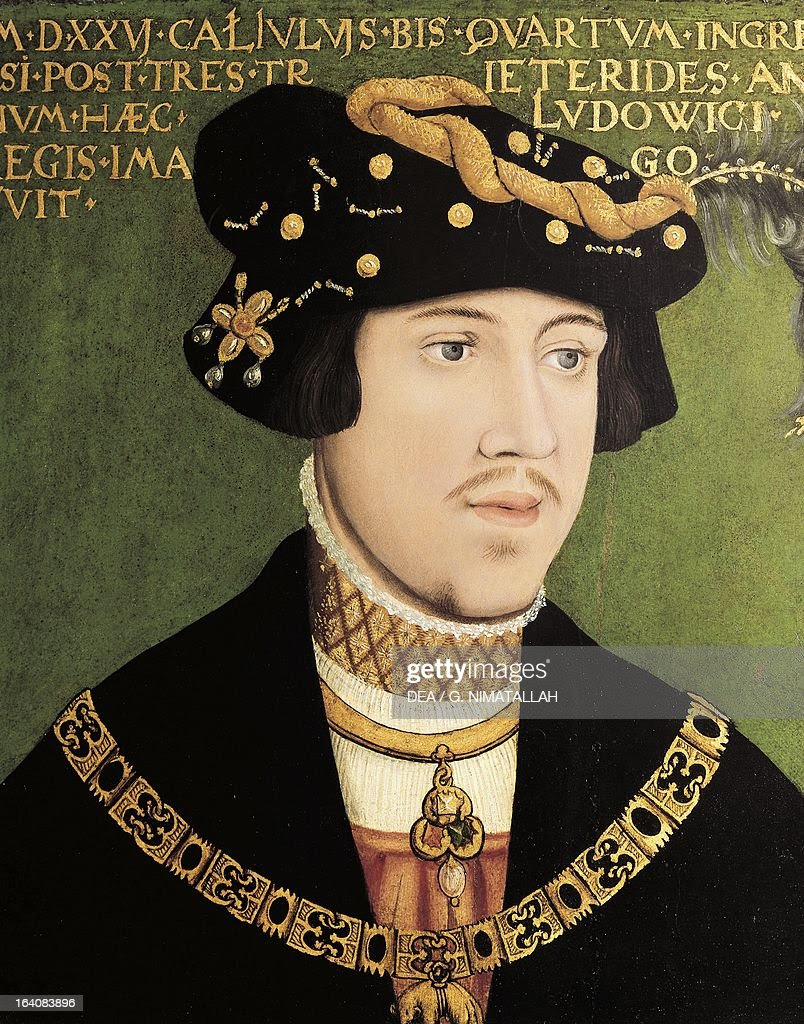 There is a biography of the young Hungarian king at Louis II of Hungary, who was just 20 when his army was crushed by the Ottomans at Mohács. 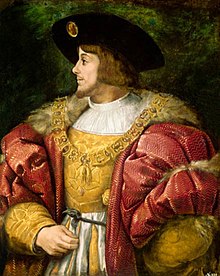 A portrait by Titian

The King, fleeing from the battle was thrown by his horse and drowned. His body was recoverd and removed for burial elsewhere. A small gold hear badge he was wearing was returned to his Queen who wore it until her death in 1558, when her will directed it should be melted down and the proceeds given to the poor. Made in Augsburg and attributed to Kolman Helmschmid ~1525.

“May Allah be merciful to him, and punish those who misled his inexperience,” said Suleiman of his 20-year-old opposite number. “It was not my wish that he should thus be cut off, while he had scarcely tasted the sweets of life and royalty.”

The Sultan was less merciful to his prisoners - two days later came theie execution as recounted at  1526: 2000 Hungarian prisoners after the Battle of Mohacs

Mohács was decisive and disastrous - I gather a Hungarian proverb to set things in context of a disaster or failure is "Things were worse after Mohács." It marks the last of a series of late medieval battles which were major defeats for the Christian side in the conflict with the Ottomans - the Plain of Blackbirds ( Vivovdan) in 1389, Nicopolis in 1396, Varna in 1444, the loss of Constantinople in 1453 and finally Mohács in 1526. John Hunyadi's victory at Belgrade in 1456 merely helped to slow the Ottoman advance.

The death of King Louis marked the end of the legitimate male Jagiellonian line in Hungary and Bohemia. His sister Anne was married to Ferdinand of Austria who succeeded him, but Hungary came to be split between him as King Ferdinand I and John Zápolya who reigned as King John I  and who died in 1540. In 1541 Ottoman control over the centre of the realm. King John I's son succeeded him as a baby and was established as ruler in Transylvania, a position he more or less held with various titles until his death in 1570 - there is an account of him at John Sigismund

The portraits of King Louis and Queen Mary as well as his tournament sallet are a reminder that the late medieval Hungarian court was very much part of a wider European world, reinforced by Habsburg and Foix links to the west and by the early arrival in Jagiellonian Poland of renaissance culture.

The widowed Queen declined to remarry and mourned her husband until her own death over thirty years later.  After a period as Regent for her brother of his part of Hungary Queen Mary served as Regent of Netherlands for her brother the Emperor Charles V. She appears to have been a capable and intelligent ruler, who then accompanied him in his retirement to Spain in 1556, but was preparing to return to the Netherlands as regent when she died in 1558. There is an illustrated account of her life and role as a patron in Mary of Hungary (governor of the Netherlands) 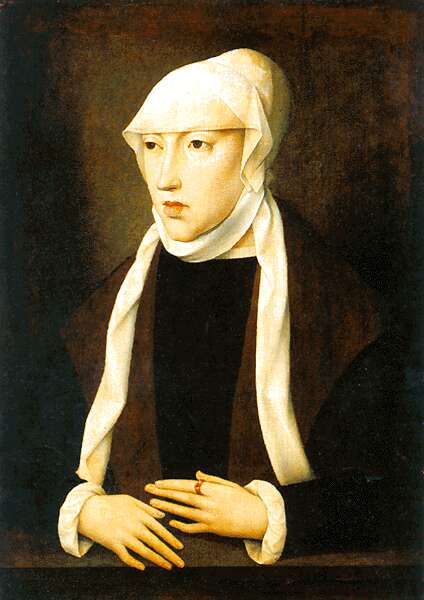 Portrait by the Master of the Life of the Magdalen

The ultimate succession in Hungary fell to Anne and Ferdinand - Holy Roman Emperor after his elder brother's abdication in 1556 - and thus the Habsburg Austro - Hungarian monarchy began to be a reality. Anticipated in other dynastic unions over the preceding two centuries it now took on aform it was to develop and expand over almost all the next four centuries.