The following story turned up in the mailing from the agency site Royal Central: 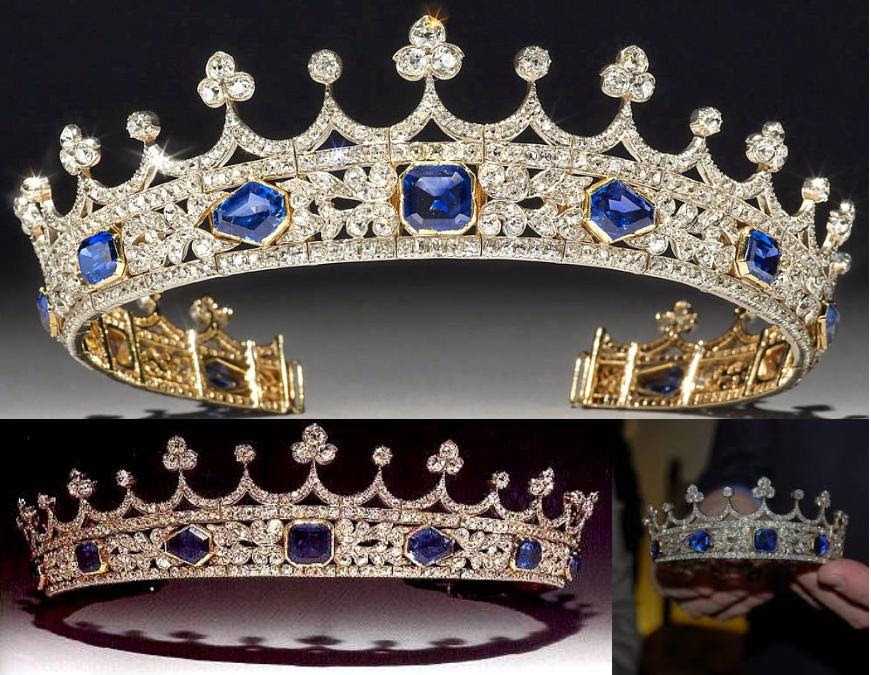 The UK government have placed a temporary export ban on Queen Victoria’s coronet in an attempt to keep it in the country.
Queen Victoria’s sapphire and diamond coronet is at risk of being exported from UK soil unless a buyer can be found for the £5 million piece.
Designed by Prince Albert in 1840, the coronet is considered one of the most important jewels in Queen Victoria's reign. Goldsmith, James Kitching, was paid £415 to make the coronet.
Following Prince Albert’s death in 1861, Queen Victoria spent a great amount of time in mourning and did not attend the State Opening of Parliament five years later until 1866 where she wore the coronet instead of her coronation crown.
Culture Minister Matt Hancock said: "Queen Victoria’s coronet is stunning. It is one of the most iconic jewels from a pivotal period in our history and symbolises one of our nation’s most famous love stories. I hope that we are able to keep the coronet in the UK and on display for the public to enjoy for years to come."
The coronet was given as a present to Princess Mary upon her marriage to Viscount Lascelles in 1922 by King George V and Queen Mary. Years later it was sold to a dealer in London, who then sold it to the export licence applicant.
The export licence has however been deferred as a result of the coronet's close connection with our history and natural life, according to the Reviewing Committee on the Export of Works of Art and Objects of Cultural Interest (RCEWA).
RCEWA member Philippa Glanville said: "Key to the self-image of the young Victoria, this exquisite coronet was designed by her husband Prince Albert. Worn in her popular state portrait by Winterhalter of 1842, the year it was made, its combination of personal meaning and formality explains why she chose to wear it in 1866, emerging from mourning for the State Opening of Parliament.
"It evokes vividly the shared romantic taste of the time, and its form has become familiar through many reproductions. Its departure would be a great loss, given its beauty, its associations and its history."
The export of the Coronet has been deferred until 27 December 2016. This could be extended June 2017 if a serious intention of purchase can be found.
An illustrated version of the same report from the BBC News website can be seen at Export ban placed on Queen Victoria's wedding coronet

I would agree with the writer of that post that the coronet shold, and probably will, stau in this country and share her implicit questioning of what the Harewood family have done in selling this piece rather than offering it in settlement or coming to some arrangement with the Royal Collection. 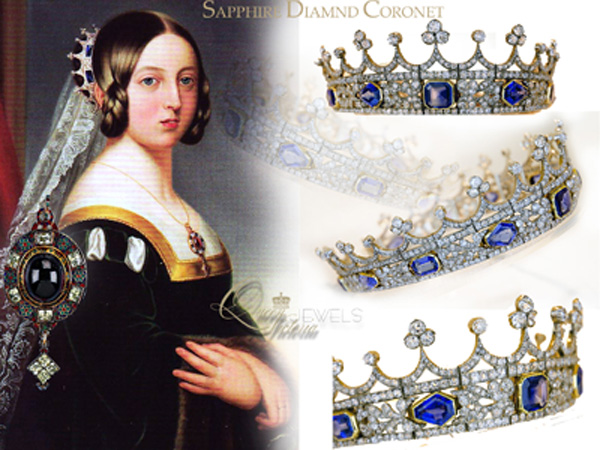