The return journey from Belmont


This morning we packed up and left Belmont after breakfast to make our return to Oxford. I gather that we as the Brothers from the Oratory had managed to impress the monks at Belmont by our assiduity in attending the Offices in church. I think we all wish to return at some time or anothe rto the peace and dignity of the abbey and its community. 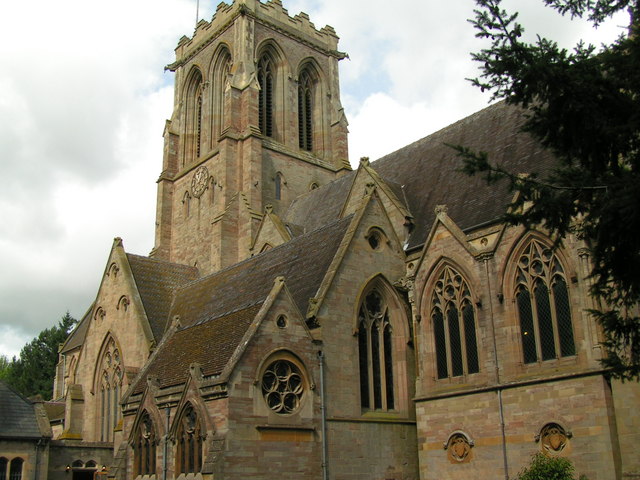 Our first stop was in Hereford. Our time there was spent mainly in and around the cathedral, with Fr Jerome checking that all was well with the fine array of monumental brasses the cathedral still posseses despite the depredations of time, destruction and neglect. On ehe poined out to me is the  brass of a Dean from just before the reformation which has two represntations of the Holy Trinity - one being the standard late medieval enthroned father holding the Crucifix with the Holy Spirit hovering and the other, unique in his enormous experience of brass iconography, is the Orthodox equivalent, the Three Angels in the Hospitality of Abraham.

We also went into the Catholic church of St Francis Xavier, which is close by and holds the relic of St John Kemble I posted about in conecction with our pilgrimage to his grave. 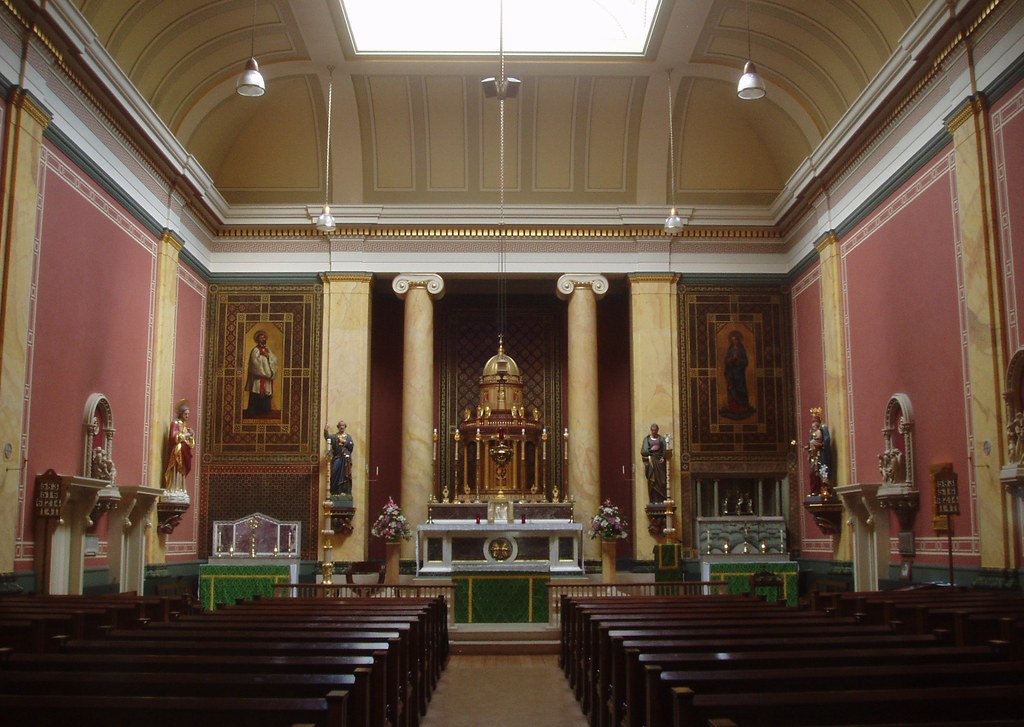 I have visited the church before and it is beautifully appointed and cared for. It is in the care of the monks of belmont, one of whom occupies the Presbytery anmd is Pariah Priest
After a bit of shopping in the open market  we set off, past the remains of the Hereford Blackfriars and the unique survival of the Preaching Cross from their graveyard. This is not far from the site of St John Kemble's martyrdom. We did not stop at the Blackfriars and the following notes and illustrations are taken from an online source:

One of Hereford’s hidden gems is the Black Friars Rose Garden hidden down a passageway in Widemarsh Street.  The garden contains the remains of the friary of the Black Friars, once one of the city’s most important religious houses.  The Black Friars were given the site outside Widemarsh Gate in around 1246 and the monastic buildings were consecrated in around 1276.  The Black Friars were also known as ‘Friars Preachers’ and regularly gave sermons to the local populace from their preaching crosses.  The cross in the grounds is one of the few surviving examples in England and was considerably restored in the 19th century.

In 1538 the Friary was dissolved by Henry VIII and the buildings were converted into a fine town house by Sir Thomas Coningby of Hampton Court near Dinmore.  This was badly damaged during the Civil War and later became a farm building.  The existing ruins are the Refectory and the Prior’s House dating from about 1322.

In the 13th century the roadside site was occupied by a house of the Knight’s Hospitallers of St. John of Jerusalem, and parts of the hall and chapel dating from this period are now incorporated into the almshouses built by Sir Thomas Coningsby in 1614.  Grouped around a quiet quadrangle, the twelve separate lodgings were formerly used to accommodate a chaplain and eleven retired soldiers, seamen or servants who were known as ‘The Coningsby Servilors’.

We called in at a pub for lunch, before our final stop at the church at Stanford Bishop near Bromyard. 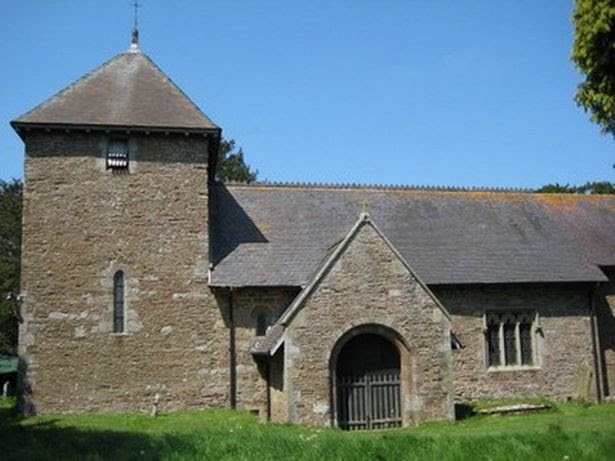 This is an intriguing place and raises all manner of historical and archaeological questions. The parish is a scattered community and the church stands by itself on a low eminence. Dedicated to St James it  is not mentioned in Domesday Book, and the present, rather plain structure is mid- to late-twelfth century, when the cult of St James was at its height. There is more about work of that period at St James, Stanford Bishop, Herefordshire · The Corpus of Romanesque Sculpture

However what we had come to see is claimed to be much older - the chair of St Augustine, in which he sat - and continued to sit rather than rise - at his fateful and futile meeting with the British bishops in 603. 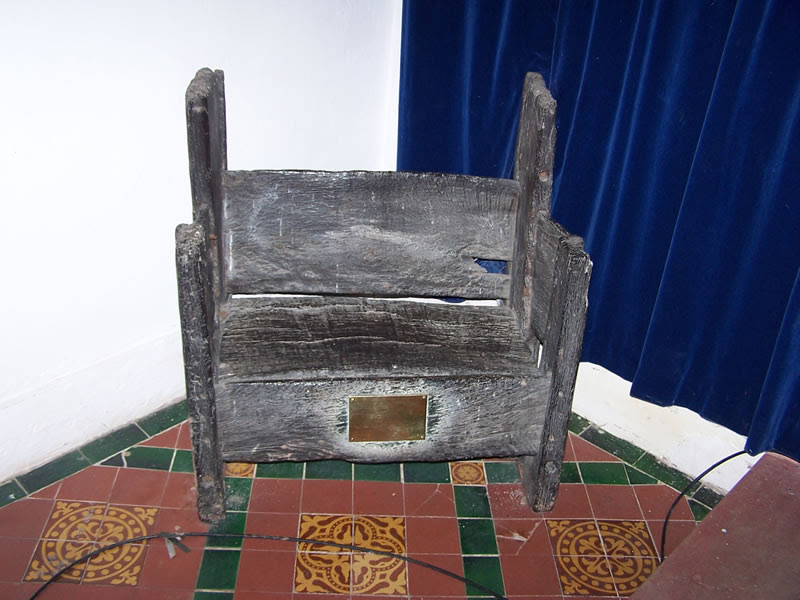 The reputed Chair of St Augustine

The story of the chair can be read in an article from the Birmingham Post from 2014 at The battle over a chair once thought to be the oldest in Britain, and from which I quote "The earliest claim for its importance was made in the 1840s. Some years afterwards, the chair was discovered in the church tower, when a restoration of the church was taking place, probably in the 1890s. Later on it was turfed out, and served the church sexton as a piece of garden furniture. Later still (in 1899), when it was recognised that the chair might be of major importance, the church authorities presented it to the Beaney Institute or Royal Museum in Canterbury"

In 1943 it was returned to the church and scholarly opinion at the time thought it might be no earlier than eighteenth century in date.

This is clearly an ancient site.  There is a prehistoric standing stone by the gate into the churchyard and within an ancient yew - there is more about these at  Stanford Bishop Church Stone Standing Stone (Menhir) It may have once been the site of circle, or perhaps a place of assembly. It lies close to the county boundary with Worcestershirewhich is essesntially the same as that between the seventh century sub-Kingdoms of the Hwicce ( represented by Worcestershire, Gloucestershire and part at lease of Oxfordshire - Hwicce as in Wychwood ) and the Magonsaeten ( the medieval diocese of Hereford ). If the ill-fated meeting did not take place at Aust on the banks of the Bristol Channel, as is usually claimed, could it have taken place ata  recognised place of meeting near the borders of two tribal units? looking around from the slightly raised site occupied by the church it is a tempting hypothesis. Time to get the a dendrochronologists to work I suspect.

We travelled back across Worcestershire - a subtly different landscape from that of Herefordshire - and had time to look slightly wistfully as we drove past at the remains of Pershore Abbey in the middle of that attractive town, but had not the time to stop. Pershore was Benedictine, and today just the choir, south transept and central tower of the monastic church survive:

Pershore Abbey from the south east

Pershore Abbey from the south west

Then we continued our journey ascending Broadway Hill with its panoramic view of the county and on home across the edge of the Cotswolds to the Oratory and Oxford - and the chance to collect my mobile phone which has been in for repair, of which I have been physically and emotionally bereft.

This has been a wonderful break both spiritually and recreationally and I am immensely grateful to all who made it possible, Fr Jerome, the community at Belmont, my fellow Brothers and others besides.