Today is the seven hundredth anniversary of the death, by decapitation, of Piers Gaveston on Blacklow Hill outside Warwick in 1312.

The connections of his death to the Oxford area are strong. He was seized from the rectory at Deddington, where he had been left under guard by the Earl of Pembroke, on the night of the 9-10 June, and taken for trial at Warwick by the Earl of Warwick. After his death his body rested for two years at Blackfriars in Oxford prior to its reburial at King's Langley.

There is an introduction to his life and death, and the historical debates about them, here.

The recent Oxford Dictionary of National Biography life by J.S.Hamilton, whose book on Gaveston was published in 1988, can be read here. 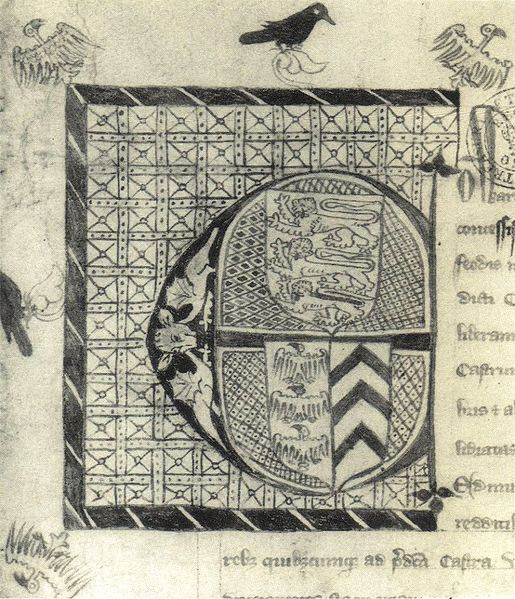 The 1307 grant to Gaveston of the Earldom of Cornwall.
The arms are those of the King and below those of Piers and his wife Margaret de Clare, the King's neice (Or, three chevrons, gules).
The surrounding birds are Gaveston's eagle and the Cornish chough - still a badge of the Duchy of Cornwall. 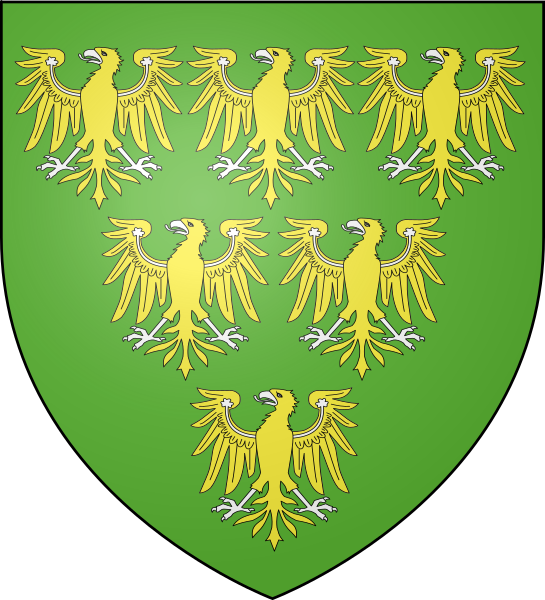 The arms of Piers Gaveston

There is no surviving contemporary portrait or indication of his appearance. One of earliest depictions, and it is in no way contemporary, is this one from the late fifteenth century Rous Roll showing Guy, Earl of Warwick (1272-1315) standing on Gaveston's corpse: 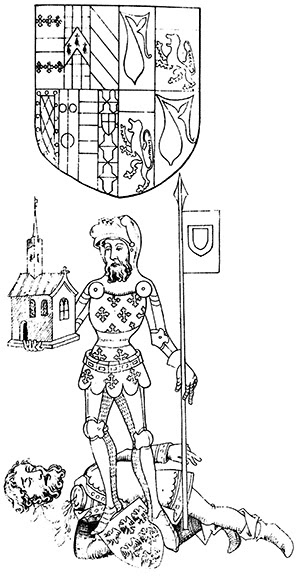 In preparing this post I came across the blog Edward II which has agreat deal of information about the reign, and which I am adding to the sidebar. Apart from a biography of Piers it also has posts such as this one Nineteen things you never knew about Piers Gaveston


There is also a blog devoted to Gaveston himself at Piers Gaveston, and I found an illustrated blog post about him which can be read here.


In contemporary Oxford there is, of course, the Piers Gaveston Society - about which you can read something here.

The Piers Gaveston Ball, usually held about this point of the end of Trinity Term is, well, fairly notorious. Watching those who are attending gathering in Oriel Square on a summer evening - now that is one of the sights of Oxford, and not one for the faint-hearted... A few years ago I used to invite friends around on the evening of the Piers Gaveston Ball to the splendid first-floor view offered by Oriel MCR of the goings-on in the square below. There were some pretty amazing costumes which were more (or less) being worn.

Good sir, the links to the Edward II blog and the "Nineteen things you never knew..." post seem not to work.

Dear Jean Claude, thank you for pointing out the broken links, which (I think) I have repaired.

Thank you for the links to my Edward II blog! Much appreciated. I loved this post too - RIP Piers.