The Coronation on film


Looking around on the internet for colour pictures of the Coronation I found a number in an article about the issue on DVD of the 1953 documentary film A Queen is Crowned. Written by Christopher Fry and narrated by Sir Lawrence Olivier it has now been restored and reissued to mark the Diamond Jubilee. Although the television coverage of the Coronation was a landmark in broadcasting history it was, inevitably, only in black-and white. This film, however, is in colour and, as I recall it, a stylish record of the day.

Here is a still photograph from the film of the homage of the Archbishop of Canterbury and the Bishops: 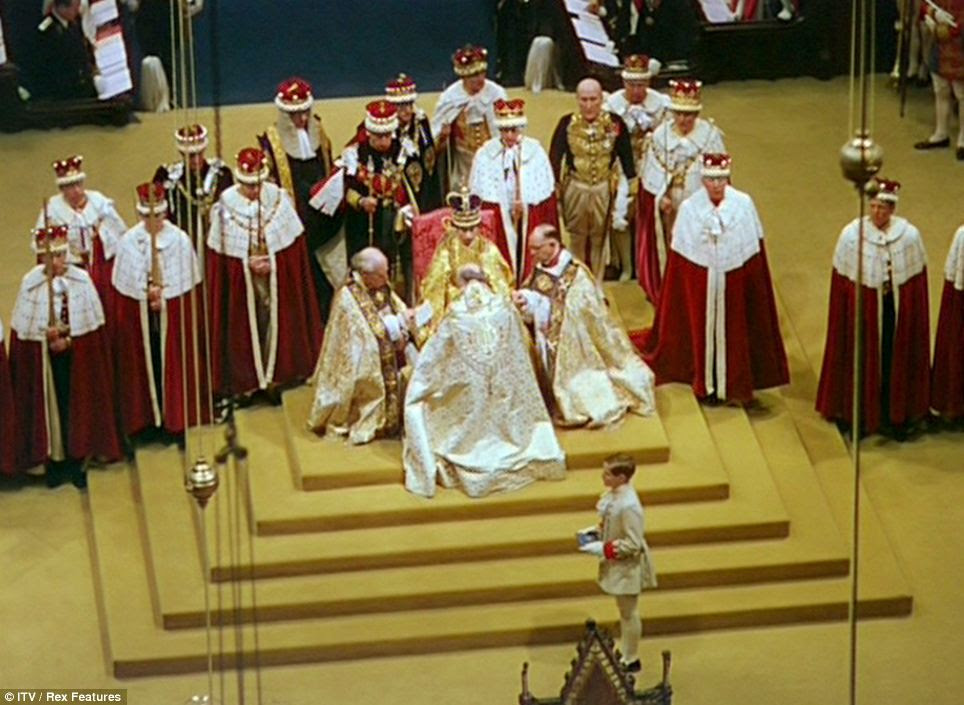 
The article about the film, with several other photographs can be read here.