St Dominic in art and faith

His shrine tomb is in Bologna, and there is an article about it and about the reliquary of his skull here. The Arca is piece made in two stages, in the thirteenth and fifteenth centuries. Here is acontemporary photograph: 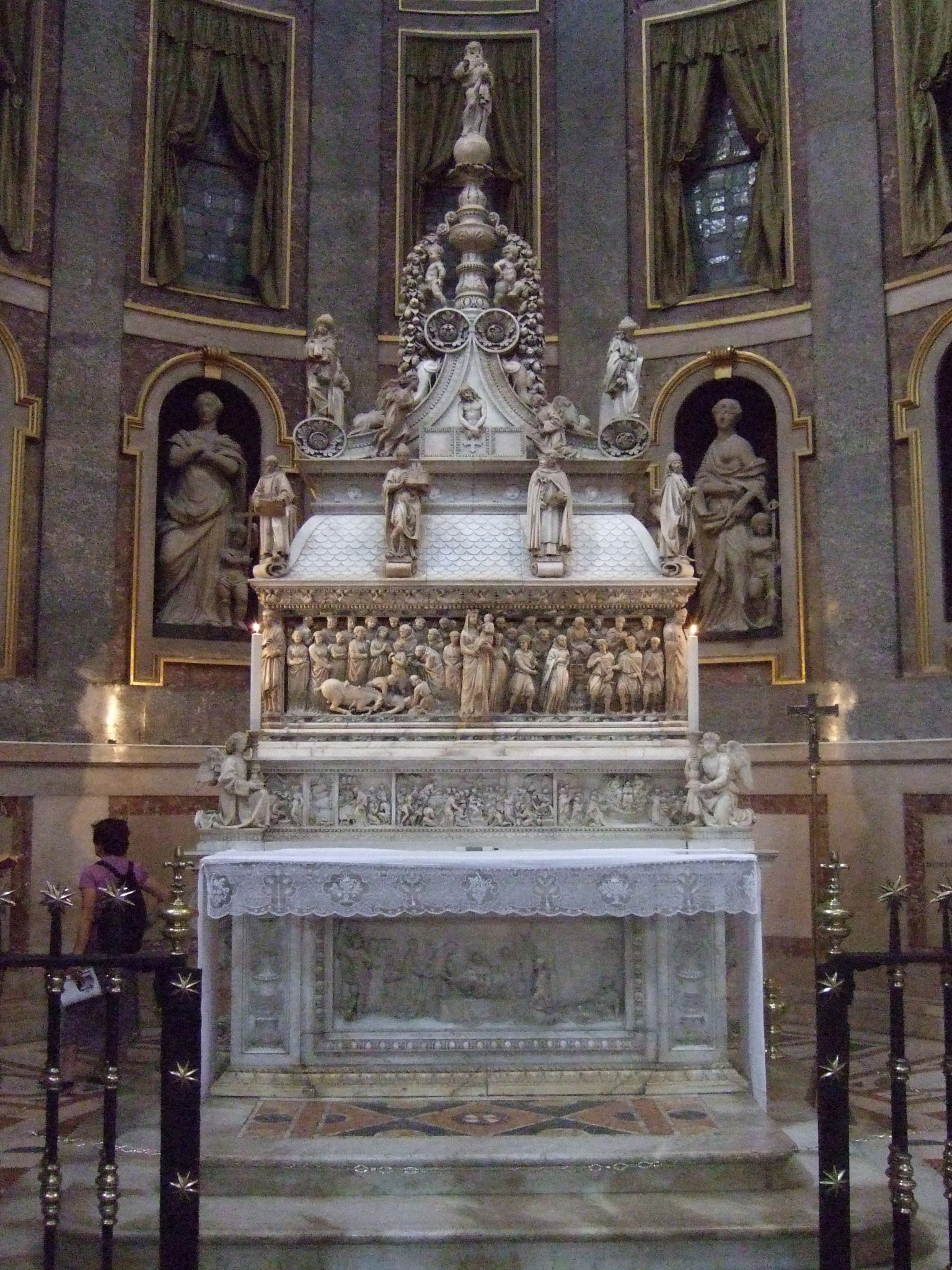 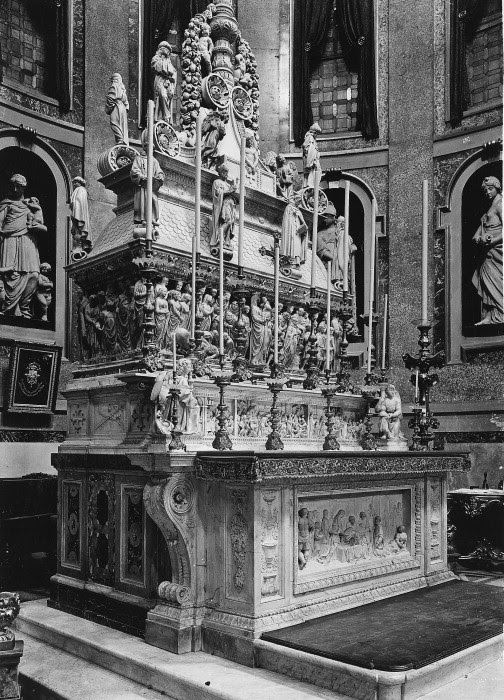 This is a photograph of his head reliquary, made by the Bolognese goldsmith Jacopo Roseto in 1383

In England the Thornham Parva retable from the early fourteenth century survives in a small Suffolk parish church, but is thought that, together with afrontal now in the Musee de Cluny in paris, originally belonged to the Dominican friary in Thetford. On the left is St Dominic, and on the right the first Dominican martyr, St Peter Martyr:

There is more about the retable with details of the figures here.

Also in Suffolk there is this later fifteenth century English stained glass representation of St Dominic, from the remains of the beautiful glazing of Holy Trinity church at Long Melford:

A figure of St Dominic with at his feet either Henry Hardman or William Thwaytes.

St Dominic is shown in blue rather than the black of his Order as the latter colour would only be used for details in glass due to its opacity.

This is a day upon which to give thanks for St Dominic and his Order, which is certainly present and active in Oxford - "Gods Dogs" are a very positive part of Catholic life here. It is also a day upon which I try to remember in my prayers the deceased Dominicans of the medieval house in Pontefract, about which I posted recently.

god is a women