Today is the feast day of St Helen, the mother of the Emperor Constantine the Great, and the rediscoverer of the Holy Cross. There is an online biography of her here.

As a patron saint she has a number of churches in my home area in Yorkshire, and they appear to be associations of cosiderable antiquity. Given that Constantine assumed the Imperial purple in York that is perhaps not that surprising. Later legend made Helen British by birth and her cult was extensive in the middle ages. 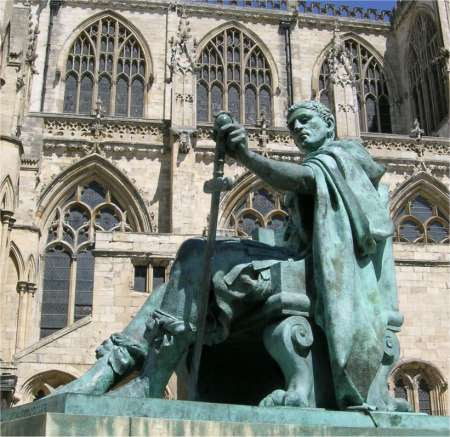 The modern statue of the Emperor Constantine outside York Minster

In Orthodox iconography she is often depicted with Constantine, the Holy Cross between them, and this appears to have typology similar to images of Christ and the Virgin Mary, with, it might appear, the transfer of attributes and poses between both pairings. I am sure someone has written extensively on this subject, though I have not seen such work myself. 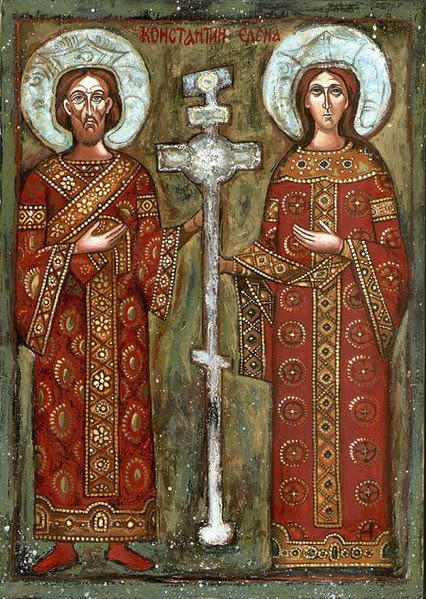 Image: olelarsonsfolks.net
Posted by Once I Was A Clever Boy at 20:30