Last Wednesday I had a day in London with a summer school with whom I have been doing some work. As they were international lawyers the day was built around a series of visits to the legal world of London, although we included a visit for them to be photographed outside Buckingham Palace and the route took in Westminster and Whitehall so as to give a brief opportunity to explain and illustrate the workings of the British constitution.

Starting from Lincoln's Inn Fields we walked through Lincoln's Inn to the Royal Courts of Justice. I had not properly realised that these are open for visitors to look round, and it is a complex of buildings well worth visiting, both for the grandeur of G. E. Street's design and for its insights into the working of justice.

The Great Hall of the Royal Courts of Justice

In the lunch break I went off and explored the Middle and Inner Temple, which I had not previously visited, although I had been to both Gray's Inn and Lincoln's Inn on other occasions. Each of the four Inns has its own character and all repay visiting. The Inner Temple suffered particularly badly in the Blitz, including the burning out of the Temple Church. This was restored but is currently undergoing a further restoration which meant that I could not go inside. Nevertheless it was possible to view the exterior. The circular nave of the Temple Church

The west doorway is a very handsome piece of Norman work, and invites one to pause and reflect on all that it has witnessed in the history of the site. 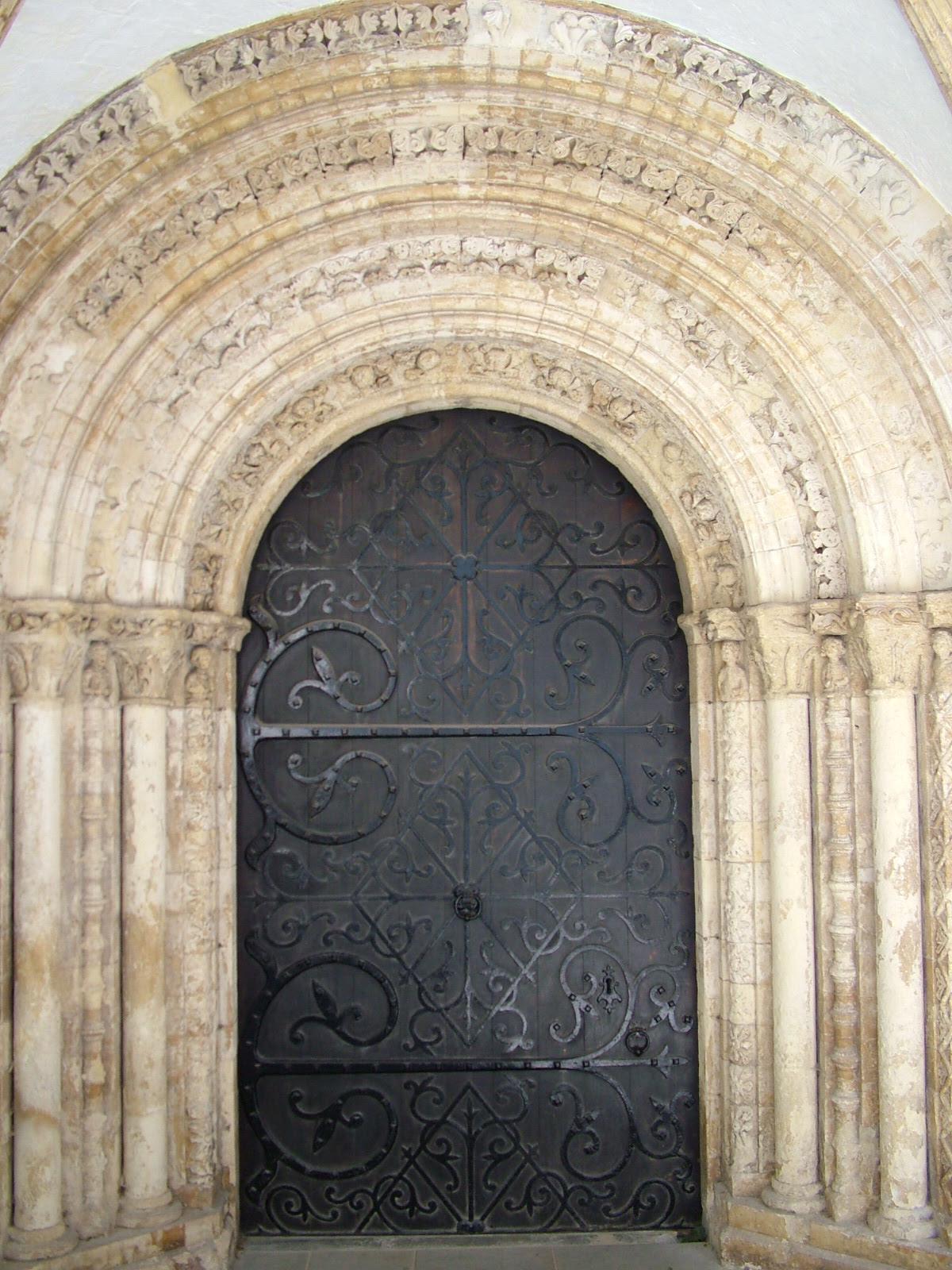 The west door of the Temple Church

Having rejoined the party and escorted them to the Law Society for a presentation I had time to explore further, walking up Chancery Lane to Holborn, past Gray's Inn and looking at the remains or sites of several of the Inns of Chancery, which originally provided accomodation for the clerks of Chancery - which was based where the former Public Record Office is in Chancery Lane -and then provided the initial education for future barristers before they joined one of the Inns of Court. I regret the disppearnce after their long history of these other Inns, several of which survived until the beginning of the twentieth century. On my stroll I noted the site of Furnival's Inn, looked again at the attractive surviving buildings of Staple Inn, and found in Fleet Street the entrance to Clifford's Inn.

I had a further exploration of the Inner and Middle Temple, walking out into Essex Street, the site of the Strand home of the Devereux Earls of Essex, and the adjacent site of Arundel House, walked round the exterior of St Clement Danes, noted the site of Clement's Inn and went back for a further look at Lincoln's Inn. The last of the Earls of Lincoln who gave their name to it died there in 1310 and was the last of the Lacy lords of Pontefract, so once more a connection to my home area.

As with my visit to the area around St Paul's in July the day was a reminder of just how much can be seen inn a small area of London, and the fact that even if properties have been rebuilt many times over there is a continuity with the past that is fascinating. The corporate memory, and of course one would expect that with lawyers, has sustained that, so that an afternoon's walk is a lecture or seminar in itself.