Relics of St John the Baptist


Today is the feast of the Decollation of St John the Baptist and thanks to John Dillon's posting today on the Medieval religion discussion group I can share some images and details of relics believed to be those of St John.

What is reputed to be the head of St John has been kept as a relic in Amiens cathedral since the early thirteenth century: 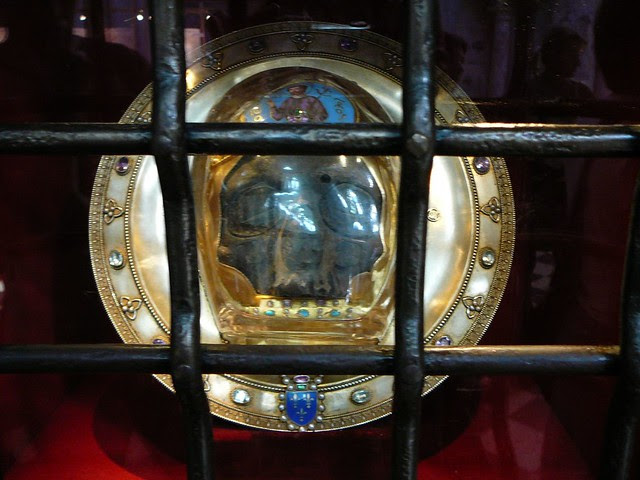 The head of St John at Amiens.
The reliquary is an 1876 reconstruction of that presented by King Charles VI in 1385.

There is more information in French about the relic here.

The pilgrimage of King Louis X and Queen Clemence to this relic in Amiens is described in Maurice Druons's wonderful Les Rois Maudits, and dramatised in the classic television version of the early 1970s - one of the best, if not the best, television historical dramas, and which really gave a feeling of medieval life, but I will write more about that on another occasion. That particular royal pilgrimage resulted in the birth and very brief life and reign of King John I in 1316.

The reputed right arm of St John, now preserved in the Topkapi Museum in Istanbul:

Relic of the right arm of Saint John the Baptist

There is more about the history of the relic here.

The reputed right hand of St John, now in the Dionysiou Monastery on Mount Athos: 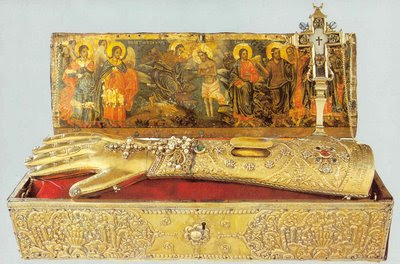 There is more about the history of the relic here in an article from the Mystagogy blog, where its author John Sanidpopoulos discusses the various hand relics of St John.

The reputed finger bones of St John, said to be those donated by the pious woman Tigris in the later sixth century (cf. St. Gregory of Tours, In gloria martyrum, 13) and kept as relics in the cathedral of Saint-Jean-de-Maurienne (Savoie): 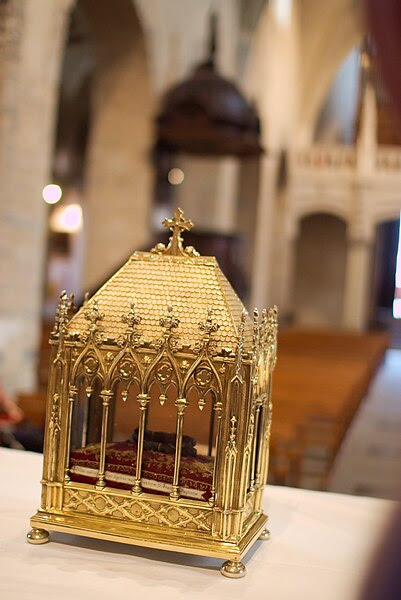