St Richard of Chichester,
Fourteenth century glass in the choir of Wells Cathedral

Image: therosewindow.com
The site is now largely covered by Pontefract General Infirmary. There were excavations in 1963, in which I took part, before a major extension was built. This revealed a considerable amount of information about the building sequence and gave an indication of the plan. In 1989 more building work revealed something more of the foundations.

New developments on the site mean that the hospital trust and their contractors are planning to level the 1960s infirmary buildings. These cover remains of St Richard's friary which it is believed probably still include standing walling and burials, as well as stratified deposits.
The current timetable involves creating a car park on the 1960s site. Normally this would be encouraged as tarmacking would preserve the remains for the future. However, the plan was to bulldoze to one metre below ground-level and destroy any existing terracing, which probably protects the foundations in places.

Pontefract and DistrictArchaelogical Society and Pontefract Civic Society sponsored the Pontefract Friary Action Group, and gained support not only from archaelogists and academics, but also from the Provincial of the Dominicans and from the Anglican Bishop and Vicar of Pontefract.
As a result of a public meeting held last Tuesday, the petition, and constant lobbying, members of PFAG were invited to a meeting of the local National Health Hospitals Trust, and it was agreed that there will now be no further penetration of the archaeological levels, and the priory site will be buried to protect it in future.
Further excavations are to start on July 26th and continue through August and September on what has been identified as the monastic and post monastic cemetary - there were some burials here during the Civil War.

This is very good news, particularly as Pontefract has not in recent centuries been very good at preserving its historic buildings. I hope to make my contribution towards the historical evaluation of the friary.

One of the intersting features about the friary was its role as a popular place for burial, not only of the founder and his widow but later generations of local people and also, in December 1460, of four victims of the battle of Wakefield. Their heads were exposed over Micklegate Bar in York until they were removed and buried with the bodies at Pontefract by the victorious Yorkists after the battle of Towton in March 1461. In 1463 the bodies of the Earl of Salisbury and his son Sir Thomas Neville were removed to Bisham abbey in Berkshire, and in 1476 the remains of Richard Duke of York and Edmund Earl of Rutland were removed in state to Fotheringhay by King Edward IV. However according to a list of burials in the friary dating from just before the dissolution and drawn up by a herald, the hearts of the four men remained buried in the church. 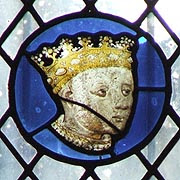 So it is just possible that excavations might yield these remains encased, presumably in lead, like that of King Robert I of Scots. In any case the fact that the site has been safeguarded is very good news, and the prospect of learning more about the friary opens up many possibilities. Those who organised the campaign are to be congratulated on having achieved so much. 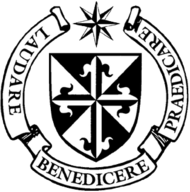 As someone from that town, do you pronounce the name as written, Pontefract, or as some others have claimed locally, Pomfret? Enquiring minds need to know! :)

It is pronounced as it is written. "Pomfret" appears to be an invention of Shakespeare, based on the common late medieval spelling which was Pountfreit or varients on it.