The Hand of St James


Today is the feast of St James the Great. In addition to the great pilgrimage centre of Santiago de Compostella there is also the English devotion to him centred on the Hand of St James from Reading Abbey.

The relic came to there from the Empress Matilda, daughter of the founder of the abbey, King Henry I. She had been married to the Holy Roman Emperor Henry V and following his death in 1125 Matilda returned to England bringing with her the relic of the hand, which hitherto had been part of the Imperial treasure. 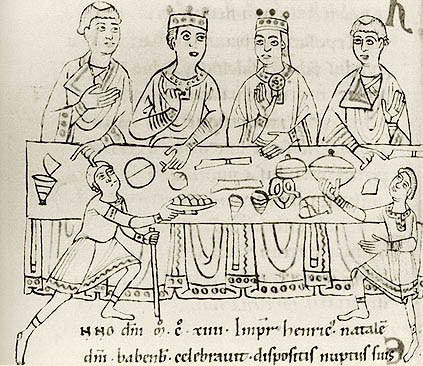 Image: Wikipedia
The King had founded the abbey of the Virgin and St John in 1121 with Cluniac monks, and endowed it with a formidible collection of relics. The Empress presented the apostle's hand to Reading where it became the principal one, being that of an apostle, the brother of St John the co-patron and a link with the Cluniac inspired pilgrimage to Santiago. From the relic came the use of the shell as an heraldic symbol by the abbey and town of Reading.

The story of the relic and the unsuccessful attempts of the Emperor Frederick I to regain it from King Henry II are retold by the late Prof. Karl Leyser in a splendid essay reprinted in his Medieval Germany and her neighbours. For an excellent biography of the Empress I would recommend Marjorie Chibnell's 1991 Empress Matilda: Queen Consort, Queen Mother and Lady of the English.

Is there any record of what the relic was used and how it was used?
relics are said to contain the spirit or entity of the dead one and like a genie is able to aid the possesors in their goals.
conssidering the sucsess of reading i belive this to be true in fact most weathly and powerfull cities have ancient relics.
thanks
j
jimilyall@hotmail.com