Today is the 170th anniversary of the coronation of the fifteen year old Emperor Pedro II of Brazil on 18 July 1841, and the first use of the new Imperial crown made for the new ruler.

Wikipedia has a lengthy illustrated biography of the Emperor as well as an assessment of his legacy and an article about the history of the Empire of Brazil from 1822 to 1889.

The downfall of the Brazilian monarchy and the Emperor Pedro's exile and death in Europe was the result of a military coup by a minority, who favoured a military dictatorship rather than a constitutional monarchy, supported by some of the rich coffee growers who resented the monarchy's successful final abolition of slavery a few years previously. Popular sympathy was with the Emperor, but the other contributory factor to the end of his rule was his own sense of ennui, and a fatalistic lack of belief in the future of the monarchy. As a result he put up no resistance and went off two days later into exile.

Monarchist support did contionue and a century later the monarchy still had significant support in areferendum to, in effect, confirm the establishment of the republic. There is more about the Emperors and the house of Braganza-Orleans on this website about the Brazilian Monarchy. 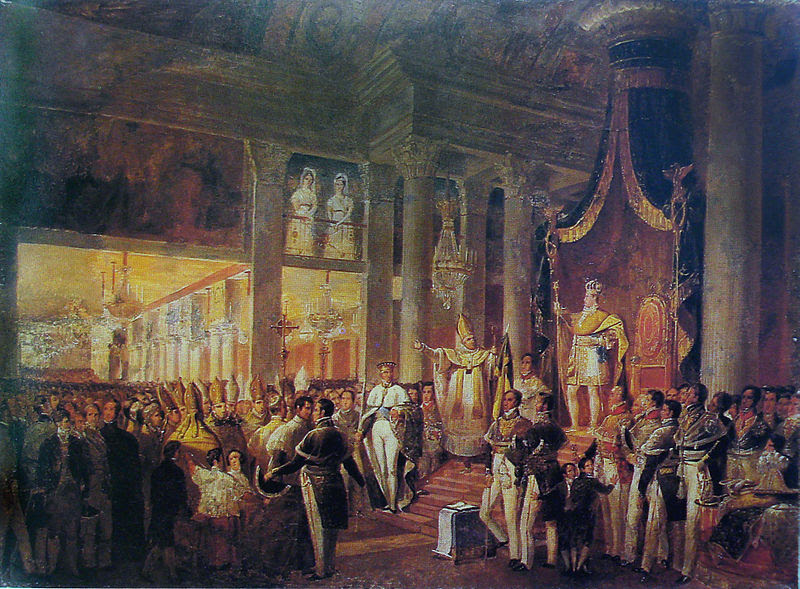 The coronation of Emperor Pedro II in 1841

The coronation of the two reigning Brazilian Emperors is of interest in that the monarchy whence it derived, that of Portugal, had abandoned the rite in the seventeenth century with King Joao IV, but it became an integral part of the Brazilian constitutional dispensation, with the Emperor wearing the crown and robes of stae at the opening and closing of the parliamentary session. 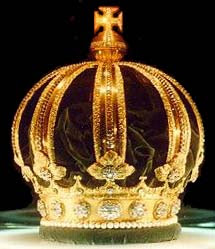 The Imperial crown of Brazil
There are details about the crown and other regalia here. 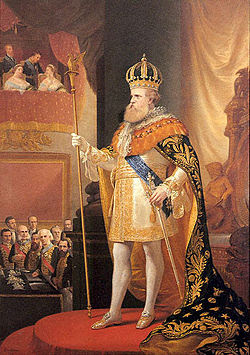 Emperor Pedro II, wearing several elements of the regalia, and crowned with the Imperial Crown of Brazil, here portrayed arriving to deliver the Speech from the Throne in the opening of the annual session of the Brazilian Imperial Parliament (General Assembly) in 1872. Painting by Pedro Américo.

As the online biography shows the Emperor was an enlightened ruler, anxious to promote the development of his country, and keenly interested in the scientific and technical developments of his age. This brought him during his incognito visit to Europe in 1871 to visit the sinking of a new colliery a few miles from my home town. As a result it was named in his honour the Dom Pedro with the result that for the next century or so the Emperor of Brazil was commemorated by a coal mine on the outskirts of the small town of Normanton, between Pontefract and Wakefield.

That however is not the limit to my interest in this remarkable ruler, who deserves better recognition, both for what he achieved and for what his empire might have achieved had it not been overthrown.
Posted by Once I Was A Clever Boy at 14:37

Indeed he was a good man and a worthy monarch.