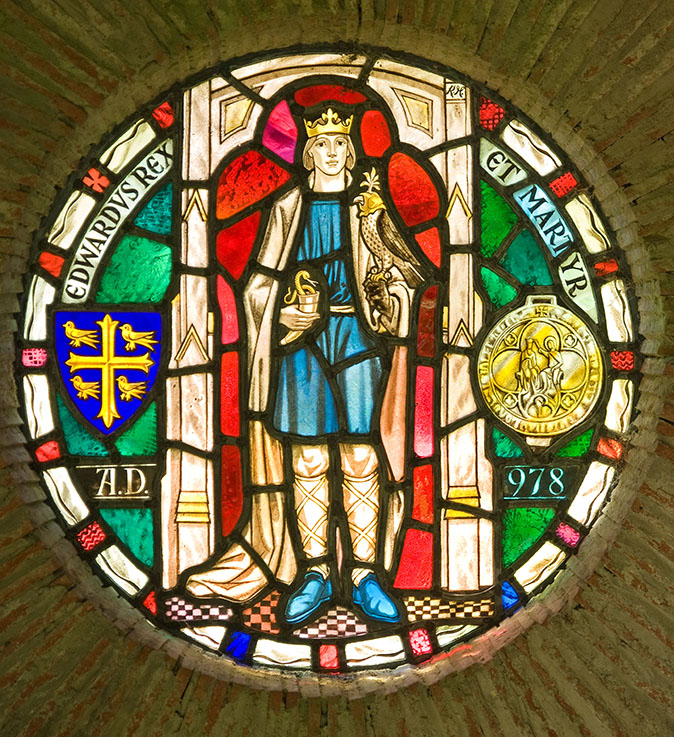 The abbey itself is now no more than foundations, in which excavations continue. I posted about the recent discovery of a carved head from what is thought to have been a statue of King Edward II last year in A probable portrait of King Edward II from Shaftesbury Abbey 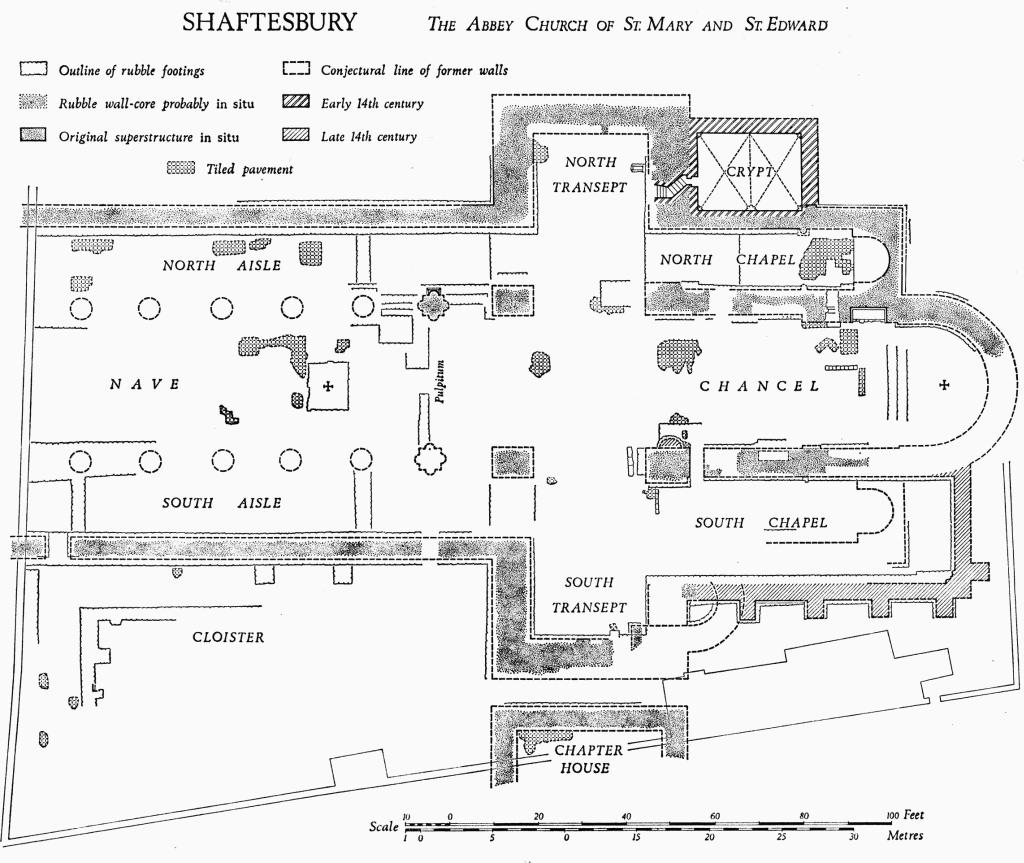 Ground plan of Shaftesbury Abbey
Image: british-history.ac.uk
I wonder if the rebuilding of the south chapel of the eastern arm in the late fourteenth century indicates that this was the site of the Shrine of St Edward. This might have been a similar arrangement to those at Dorchester and St Frideswide in Oxford, with a lateral chapel as the pilgrimage focus rather than one behind the High Altar.
There are histories of the abbey at Shaftesbury Abbey from Wikipedia and in more detail at House of Benedictine nuns: The abbey of Shaftesbury from the VCH Dorset
There is more about the site and the new museum at Wealth, a martyr’s bones and dissolution | Dorset Life - The Dorset Magazine and at Shaftesbury Abbey Museum and Garden | The Dorset Guide

This is a drawing of the ruins of the nave and the south western tower as well as of the parish church of Holy Trinity from the 1548 Terrier of Sir Thomas Arundel which I have reproduced in the section on Shaftesbury in the really excellent post MonasteryQuest™ Pt 1: the twenty richest houses at the dissolution
Posted by Once I Was A Clever Boy at 13:32